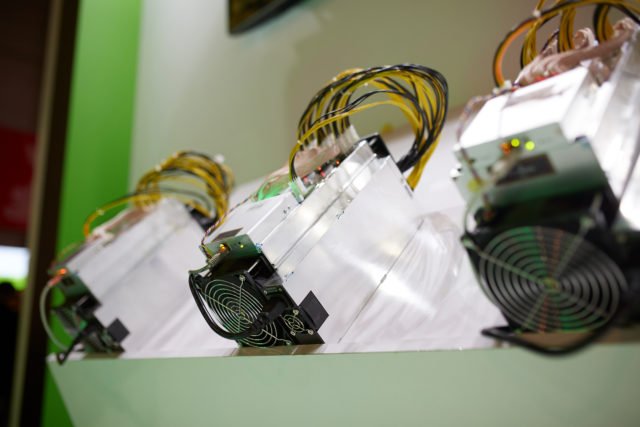 On the 26th of June Crypto Briefing, Bitcoininst, CryptoVest, Smartereum, LiveBitcoinNews and CryptoCoinNews all reported on the Bitmain-owned pools Antpool & BTC.com reaching close to 51% of Bitcoin’s total hashpower together. What they failed to consider is the fact that the company does not own the majority of the miners participating in the pools, but rather just supports them with infrastructure and operations.

Being a private company, we can’t really know how many of the miners participating in the two pools are really owned by Bitmain itself. Regardless, it is difficult to see that people consider Bitmain to wield all of this hashing power, when the majority is distributed over private owners all around the world.

Bitcoin is a consensus-based decentralized currency whose transactions are written on a blockchain, which is the platform for achieving consensus. This means that maintenance, acceptand, and publishing of transactions are all distributed among the community. In order to reduce the risk and variance, people started to form groups in which they perform these tasks together, which is how mining pools have been invented.

I would hate to see the Bitcoin network in a state where it is vulnerable, or it has a single point of failure. Let’s say Bitmain really is the villain. The worst thing that can happen is a fork and Bitcoin would continue without those two pools. This is unlikely, as Bitmain is one of the main contributors to the decentralized revolution. They’ve invested so much in their infrastructure and position, it is unlikely they are going to throw that away.

Another point to consider is the amount of additional hashpower necessary to reach 51% of the hashing power. While the two pools came close, the 51% mark is still 4 million TH/s away. That’s an equivalent to 286,000 Antminer S9i’s. Either way, moves such as these do not go unnoticed, and Bitmain is too involved in Bitcoin for this to be a real risk.

Safe to say, we don’t want anybody going above 51% power, but we also do not like to think of the decentralized community as a static asset that big companies simply use. We are a part of a decentralized money-making, economy-maintaining machine, that does not belong to anybody in particular. We are consensus-driven, and if anything threatens this balance, we simply adjust.

BTC.com and AntPool are different pools

Regardless of the fact that they are maintained by Bitmain, both of these pools have thousands and thousands of miners that have chosen to participate in the pools independently. For the risk of a 51% attack to become a reality, we would need to see these pools merge into one, stop mining the longest chain (necessary if you want to perform a 51% attack), have all of the participants ignore this fact, and survive to live the tale. What would Bitmain try to steal anyway? They have more than 51% of the profits associated with mining without acting in a malicious way.

What if Bitmain gets hacked. Or the Chinese government takes over.

Again, they would need to unplug Bitmain from the network, have the entire community ignore this fact, and be lucky enough for their computation to be faster than everybody else (while Bitmain is utilizing all communication to ask miners to stop contributing because they were hacked). Still, the hackers would also have to deal with the following idea: “What is more profitable, performing a 51% attack on the entire BTC blockchain, or leveraging Bitmain’s mining pools to mine to our own addresses?”

Don’t fall victim to FUD, do proper research and search for the truth behind the headlines. News try to help as much as they can, but understand that this is an economy very different from traditional models. Everyone has a say, and influence over the process. As long as Bitmain is still developing and selling ASIC miners they have a vested interest in keeping Bitcoin safe and sound for the long run.