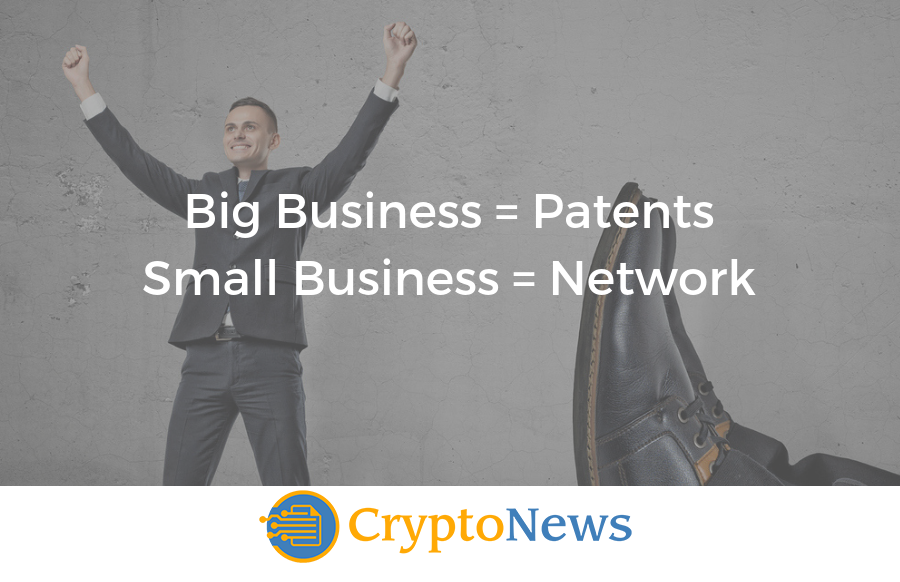 Earlier this year, Chinese intellectual property media and industry service provider IPRDaily, published a list of 100 companies that have submitted blockchain-related patents to the platform.

These are just the western recognizable brand names that are a part of that list, but they only represent a fraction of what Chinese companies have created. 67 of the 100 companies on that list are Chinese, and most of them are near the top of the volume-sorted list, with 25 or more issued patents. Many of the featured companies have less than 20 issued patents, about 65% of the featured companies. That’s natural, as big corporations such as IBM and Alibaba have more resources available for the research and development of new technologies.

The number of patents is not surprising

The fact that there is a lot of interest in blockchain development can be seen as a cause for celebration. This means companies around the world are investing in the infrastructure and see the potential for distributed ledgers.

IBM has been especially active in the development of frameworks through the Hyperledger partnership with the Linux Foundation. They have a food chain used by Walmart to manage their supply chains. They have plans to use blockchain as a commerce foundation for their own business. In fact, they are actively involved in over 500 blockchain projects and have dedicated 1500 employees to them, as reported by Blockonomi.

All of that takes time, money, and effort, and IBM is not known for wasting either one of these resources. They have heavily invested into blockchain technology, whether due to belief or pure business sense, and are reaping the rewards for such courageous moves.

On the other side of the globe, Alibaba is using the blockchain to help the markets legitimize their products (similar to IBM’s food chain), secure their supply chains, but also in other industries such as shipping, medicine, design, innovation, and finances. It seems that just like IBM, Alibaba is making huge investments in securing its position in the Asian blockchain market.

These fast movers have the current positions they have because they were able to make good decisions in every layer of their organizations, starting from the strategic decisions, down into the operations of conceptualizing, development, and implementation. All of that in order to solve problems effectively and for less money, or with better, more informative results. The details depend on the problems, but one thing is certain. Their willingness to accept and dive into blockchain technology will be one of the greatest assets in the years to come.

This asset will help them survive turmoils and enable the companies to save more, increasing their cash flow and making their stakeholders richer in the process. But most companies in the world are smaller, often having less than 100, or even 50 employees.

Should small companies consider developing their own blockchain solutions?

If you are a small business owner, it doesn’t make sense to take the entire burden and costs of developing a solution for your own problems, but you have the opportunity to show up as a local leader by starting a project designed to activate and create benefits for the entire marketplace. It might be a project about trades, local accounting, law, or even marketing through a loyalty program, which incentives customers.

There are thousands of blockchain opportunities for businesses of all types. The corporations play a big game because they can afford to lose $5 million without too much of a problem. They will not foolishly spend the same money, but they are willing to risk it in order to remain a global leader.

Small business owners typically tend not to take chances, because they represent a risk, and disregard any long-term rewards they may have from making brave steps into the future. There is no easy way to start, but it has to start somewhere, and one of the most logical places to do so is to start your own token.

Starting your own token is extremely simple and easy, and the options for using it are variable. First of all, you can get people to start using your business token, and accept it back in exchange for a discount. This will be manual and slow, but some people will like it and opt-in. Get their email address, and send them an article that explains their next steps.

If you need help, reach out to the internet, or grab the nearest crypto enthusiast and buy them some lunch. My point is that it does not matter how big your business is to start incorporating blockchain technology, to accept cryptocurrency properly, and to have fun with your clients, which all leads up to you making more money, and getting paid for the risk you undertook.