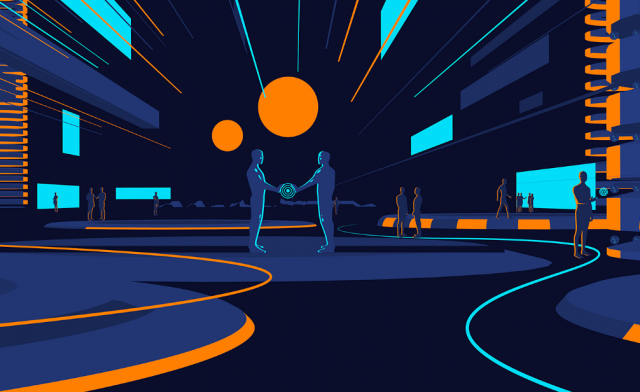 For almost two months, altcoins have been on a steady decline. While some have managed to climb toward their previous heights, maintaining these levels has proven to be more difficult. Major cryptocurrencies like Ethereum, Litecoin, and Neo have fallen dramatically against Bitcoin as the fork approaches. The possible split between core and 2X is giving the impression to less Bitcoin-savvy users that they will receive “free coins” as has happened with Bitcoin Cash. To further confuse the issue, Bitcoin Gold is attempting to make a GPU-mineable Bitcoin by forking the code and changing the algorithm to EquiHash. A copy of Bitcoin is an altcoin and should be named as such; perhaps EquiCoin would be more fitting.

What may be less obvious to people motivated by profit is the detrimental effects of such splits and forks. The limited supply, difficulty to create and endless hours of coding and testing is what gives Bitcoin its value, not to mention its user base and merchant acceptance. There are various cryptocurrencies that have earned merit on their own and some are even forks of Bitcoin, but none have tried to claim the title and are content with healthy competition. Litecoin is a good example of co-existence, it has floated alongside Bitcoin and has held its own against fiat, has merchant acceptance and a well rounded user base.

One cryptocurrency that often goes unmentioned when discussing the major players is Gas. Gas is what powers Neo’s smart contracts and is the currency utilized by the platform. Neo can be viewed as the stocks in the company and Gas as the workers that perform the daily operations.

Price Speculation: Gas took a bit longer to be affected by the altcoin decline. This current floor of around 0.00375฿ is struggling to push onward but the rally on the 17th could indicate a reversal that would bring Gas up 0.049฿ or even 0.058฿. This is an optimistic projection and mid-September lows of 0.02675฿ are still a possibility.

Nem is a promising cryptocurrency that has silently hovered in the top 10 market caps. Nem is a smart asset technology built from scratch as an enterprise solution to blockchain applications. Blockchains can greatly increase the efficiency of sharing and securing data. These applications are valuable to various industries such as suppliers and manufacturers, identity based services, the information & technology sector and financial accounting systems. Nem is driven by API, meaning that applications can be built to easily access the blockchain platform. More information can be found on their website.

Price Speculation: XEM has excellent support above 0.0000365฿ but will encounter heavy resistance trying to move beyond 0.0000435฿. 0.000051฿ will be the next hurdle to overcome and surpassing 0.000056฿ should keep the floor above 0.000051฿. renewed interest in altcoins or smart asset technologies will be needed to push through these prices.

Mana (Decentraland) was presented in my previous article alongside decentralized governance. An interesting feature of Mana is its value as a digital asset and later on, a digital currency utilized in a virtual environment. This world consists of a central “Genesis City” with Districts surrounding the outskirts. These Districts are proposed by individuals or groups and are built and maintained by users, not the Decentraland development team. Within these Districts (and Genesis City), VR-users are able to purchase land and build anything with A-frame technology and easily store content via the IPFS network. A-frame allows for rendering of 3D content within a web browser, making the VR world of Decentraland accessible to anyone. Several Districts have already reached thousands of parcels during the first phase of the terraforming event and the community is bursting with creative entrepreneurs.