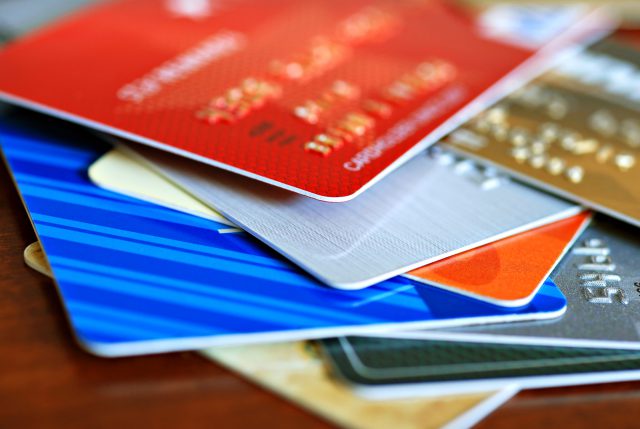 A number of credit card companies have put the squeeze on cryptocurrencies by announcing that they will not allow their customers to use their cards on cryptocurrency exchanges. Customers are effectively being blocked from accessing digital assets such as Bitcoin due to a host of concerns from credit card providers.

More and more US banks are stopping their customers from using their credit cards to buy Bitcoin or use cryptocurrency exchanges, as the price of Bitcoin dropped significantly during the first quarter of 2018. Bank of America, Citigroup, and JP Morgan Chase have all confirmed that they will ban the practice among growing fears that they may be financing a falling knife.

Bank of America’s ban applies to all personal and business credit cards, but doesn’t affect debit cards. According to company spokeswoman Betty Riess, customers will still be able to make cryptocurrency purchases with debit or ATM cards linked to their Bank of America accounts.

According to a memo sent to staff, The Charlotte, N.C. based bank, “will begin declining credit card transactions with known cryptocurrency exchanges.”

Citigroup spokeswoman Jennifer Bombardier announced: “We will continue to review our policy as this market evolves.” While Mary Jane Rogers, the spokeswoman for JPMorgan, stated that the bank doesn’t want the credit risk associated with the transactions.

In addition, both Capital One Financial Corporation and Discover Financial Services have also pledged to stop supporting cryptocurrency transactions made via their credit cards. Capital One clarified their stance by releasing the following online statement:

“Capital One is currently declining credit card transactions to purchase cryptocurrency due to the limited mainstream acceptance and the elevated risks of fraud, loss, and volatility inherent in the cryptocurrency market.

Discover appears to be the credit card provider that is most openly hostile to the practice of purchasing cryptocurrencies.  The company has approximately 44 million customers and ranks in the top five of US credit cards providers behind Visa, MasterCard, and American Express.

In an interview with Bloomberg last month, Discover Chief Executive Officer David Nelms declared “It’s crooks that are trying to get money out of China or wherever. Or if someone steals our credit card numbers they’re going to ask for payments in Bitcoin. Those are the only use cases I’m actually seeing today.”

Nelms also stated that their stance could change depending on customer demand, but reiterated that: “It’s not like our customers are clamoring to use it”.

The shift in stance appears to be partly motivated by the rapid decline in the price of Bitcoin, as BTC quickly lost over half its value after reaching an all-time high above $19,000 in December. Despite achieving this lofty position, the price plummeted in January and even fell below $8,000 for the first time since November.

As a result, any credit card providers which continue to process cryptocurrency transactions or purchases made through exchanges could be left exposed to higher risk if borrowers make hefty purchases that they are unable to repay. Banks also claim to be wary that stolen cards may be used to make crypto purchases, while they are also required to monitor transactions for any signs of money laundering, something that becomes more difficult once funds are converted into digital currencies.

The sentiment has been shared in Europe with UK credit card providers Lloyds Banking Group and Virgin Money also choosing to ban their customers from buying Bitcoin and other digital currencies with their credit cards.

A spokesperson for Virgin Money announced “Following a review of our policies, I can confirm customers will no longer be able to use their Virgin Money credit card to purchase crypto-currencies.”

The Lloyds Banking Group Plc issues just over a quarter of all credit cards in Britain and its ban will apply to its eight million credit card customers across Lloyds Bank, Bank of Scotland, Halifax and MBNA.

Lloyds confirmed the ban via an email, announcing “Across Lloyds Bank, Bank of Scotland, Halifax and MBNA, we do not accept credit card transactions involving the purchase of cryptocurrencies.”

The bans only apply to credit card purchases, and debit card users will still able to buy cryptocurrencies. Lloyds have also stated that it will not be contacting its customers regarding the change to its credit card policy. Customers will be informed once they query a blocked credit card transaction related to a failed cryptocurrency purchase.

These announcements highlight the growing opposition to cryptocurrencies from traditional financial institutions and also come after Visa terminated its agreement with WaveCrest LTD, which left cryptocurrency debit card providers unable to service their customers in regions such as Europe and North America.