The Bitcoin market has experienced relative growth in the past seven days, and it remains to see if the trend will continue past the Christmas and New Year’s dates. Many trading experts are calling this and other rallies “dead cat bounces”, but that of course, remains to be seen.

Bitcoin shortly passed the $4000 mark, only to dip below once again. However this does not tell us a lot about what we can find in the future. If last year taught us anything is that dates do not really matter, and no matter how strong your position, you will end up breaking at some point. As such, we are probably going to enter the new year from a very humble place, and maybe that’s how things should be. Much of the hype and blind madness is gone from the ecosystem at least until the next wave of brave crypto adventurers come along.

The hype missed the point, and with most of those people out of the equation, we can refocus on the things that matter. Freedom, democratization, and decentralization of power. It’s hard to say that everything blockchain is decentralized (because not everything is decentralized), but Bitcoin is, and will remain decentralized. Uncensorable, no questions asked, fully free to own currency (but not free to buy or make) that has endured similar struggles for the past 10 years.

Coming January 9th, we are going to see the 10th anniversary of the first ever block mined on the network.

Banks have traditionally played a very important role in anything related to wealth and Blythe Masters has contributed towards the education and adoption of blockchain technology through her work at Digital Assets Holdings. Unfortunately, that has come to an end, as Ms. Masters unexpectedly decided to leave her position as CEO from the company, because of personal reasons related to spending more time with family.

Masters being one of the high profile women in both industries has provided the necessary bridge between technology and banking. Banking is a slowly evolving industry, and blockchain has pushed the limits with the impending threat to disrupt the “cash cow” banking model. She plans to remain a member of the board and continue her contributions, although without the stress and responsibilities that come with the CEO position. In her place AG Gangadhar will temporarily hold the position as acting CEO.

The U.K. HM Revenue and Customs (HMRC) released a policy paper in regards to crypto assets, where they describe the various types of coins and tokens, which events are taxable, and what taxes apply. The identified taxes that apply are Capital Gains Tax and Income Tax. Capital Gain Taxes are to be paid when individuals dispose of their cryptoassets, regardless of the purpose or intent by which they were acquired.

For our readers in the U.K. we urge you to have a look at this policy paper and read it carefully in order to ensure that you comply with the regulatory measures described there.

Thomas Lee will no longer give BTC price predictions

Thomas Lee, often referred to as Tom Lee, has literally failed to give precise predictions in regards to Bitcoin’s price for the entirety of 2018. In an email to their client base, Tom explains that he will no longer give any predictions about the crypto asset. This further adds to the fact that the market is still volatile, as investment experts are unable to give reasonably close “guesses”. At the beginning of 2018, Tom expected that BTC would end the year at around $25k, which obviously isn’t happening.

He still believes that the “fair-value” of the asset is significantly higher than the current market price, and we agree! 21 million BTC to ever be in circulation and as such that fact make them a rare and valuable commodity.However, the market is slowly understanding more and more about the world of blockchain, and as they do, we gain some semblance of stability. Price madness, while profitable for some, is highly destructive for the unfortunate souls that find themselves at the burning edge of crypto.

We should all avoid fueling the flames of madness, and as we are writing this we are fully aware of the ongoing FUD and FOMO that is being pushed around. Simply enough, people are willing to listen to opinions, and that’s fine, but unfortunately, most of the time opinion is passed as fact, and that’s when people actually lose a lot of money.

The Bank of England asked, we answered

Twitter is in love with crypto. Everybody knows that, and now we have it sort-of confirmed. On December 17th The Bank of England asked via tweet, what is our favorite way to receive money as a gift. By the time the poll ended, the tweet attracted more than 16,000 people to cast their votes and three-quarters of them said that Digital currency is their favorite.

Some Twitter users even started their own sub-polls, which of course did not receive as much attention, but were interesting enough to be included in this Christmas edition of our curated list.

Cryptocurrency is becoming the world’s preferred way of making transactions and owning money, especially with younger generations. Technology comes more naturally to us, and the adoption of cryptocurrency is predominantly led by young, entrepreneurial individuals and groups. As such it is not surprising that this poll showcases the results that it does, as interesting content spreads like wildfire in the crypto community. If memes were a token, they would most definitely moon.

Even in the midst of crashing prices over the course of this year, one aspect of this ecosystem has been on the constant rise. No, we are not talking about the number of people that have been scammed, although it would probably be true, but rather about the fact that 2018 has been the most active in the number of new crypto ATMs activated.

No matter the onslaught of venture capital being lost in the pits of cryptocurrency, the interest in the technology is constantly on the rise. With more and more people discovering Bitcoin and other popular choices, the need for Crypto ATMs is on the rise.

With prices ranging from anywhere between $3000 and $8000, cryptocurrency ATMs may be a worthwhile investment. Of course, they incur significant risks and additional investments, especially in regards to physical protection. There have been cases in the past where ATMs have been assaulted in an effort to extract the cash in them and this goes for both fiat-only and crypto/fiat machines. Unlike pure fiat ATMs, when dealing with crypto you already have done enough to protect the digital half of your investment.

Bitmain’s future IPO is uncertain, as Hong Kong believes the crypto industry is not mature enough

Bitmain was planning to go ahead in the near future with their initial public offering, an act in which a company goes public and issues their first batch of stocks and raise $3 Billion. Unfortunately, the jurisdiction in which they planned to organize and legitimize the process, deems cryptocurrencies and blockchain “not mature”. They believe it is too early to allow companies operating in the industry as there are no established rules on which to rely.

In addition, with the recent news that Bitmain will be letting go 50% of their staff, as well as shutting down their offices in Israel, it’s not looking good for the company in regards to earning the confidence of the HK regulators. The company’s current application will expire in March 2019, and if no positive decision is made by then, they will need to wait at least six more months before their IPO consideration is back on the table.

Survey reveals 15.8% of U.S. remittances to be made with cryptocurrency

Remittances are one of the specific use cases for cryptocurrency that makes us wonder what kind of benefit can Western Union provide in the face of cryptocurrencies as they are? Services such as Western Union and PayPal are still predominant in usage, as people’s habits do change rather slowly. Of course, some countries and regions lack infrastructure that supports blockchain and cryptocurrency, and therefore have to rely on the old and rather expensive service providers.

Countries with a lack of acceptance or outright banning cryptocurrencies will no doubt find their citizens pressured to stay away from the digital assets, no matter the savings they could have on their cross border payments. 15% is still quite a large number, especially for the USA whose annual remittance total in 2017 was USD$148 billion. According to the research, USD$23,38 billion was transferred using cryptocurrency, and that’s quite a significant success in the process of democratization and decentralization of money.

2018 brought many challenges for the crypto ecosystem All in all, Merry Christmas everyone! Thank you for being with us, engaging with us on the website and social media and reading our content. Even if we were slow to report on a particular news story. We appreciate all of the attention and we hope to earn it over and over again in 2019.

No matter what happens to the crypto in general, we are strong believers in the technology. It has freed up the concept of money and now millions around the world enjoy a better life, simply because cryptocurrencies exist. It has changed our life for the better, and we hope it has changed yours as well. We are aware that not everybody has had pleasant experiences in this ecosystem, and for that we are sorry.

There are many dangers in the world, and as long as people are willing to take advantage of one another, the risk will remain. It’s unclear whether it will ever go away, but there is hope for a peaceful tomorrow. 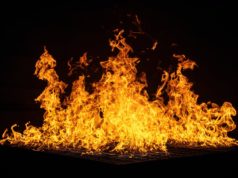 PAVEL DUROV’s photographer engages in ICO for the MODELING INDUSTRY

Meet the Apartment Rental Platform Turned-Blockchain That is Set to Change the Way We... 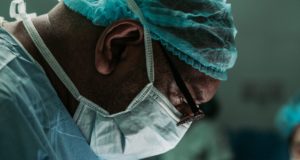 Timotej Gavrilov -
0
After raising over one million medicinal protective materials to hospitals worldwide surged by COVID-19, Binance Charity, the non-profit arm of the cryptocurrency exchange company...