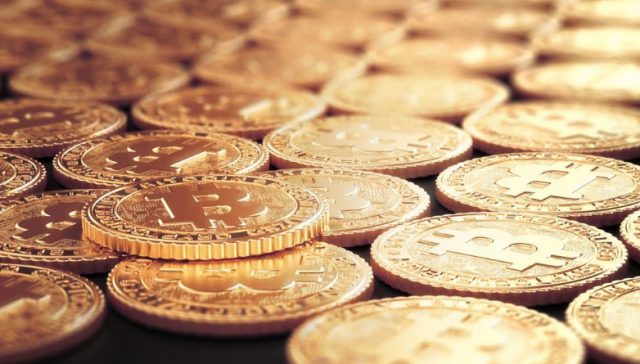 People are looking for more ways to use Bitcoin creatively. These range from storing the coins and use these to get the most up-to-date gadgets to special offers and price-offs. Bitcoin has climbed to a new record peak of $1,150. The perception of people and institutions that used to be doubtful about the crypto-currency has changed. They are now more confident about the future of the alternative currency.

Bitcoin is Better Option for Enterprises

Some businesses began using the digital currency in some transactions such as micro-remittances. It is said to be more convenient compared to the traditional approach. Bitcoin is inexpensive than other alternatives.

Companies need not worry regarding differences in exchange rates as well as bank fees in transferring money to merchants and contractors abroad. Bitcoin can be exchanged to cash in practically all countries without delays. In short, it is a payment solution that enterprise will start using this year.

A number of Bitcoin applications and services are also capable of sending and receiving money. One example is the Luno wallet which enables business proprietors and individuals to manage their own Bitcoin accounts. This includes cash withdrawals in local banks specifically in Asian and African nations.

Bitcoin currency can be used to settle your monthly utility bills through an agent or directly to recipients. Even some home mortgage providers in the United States accept the digital currency as a form of amortization. Using Bitcoin means you are no longer compelled to pay bank service charges and other miscellaneous fees. Input your bills through the automated platform of the service. It will simply deduct the number of coins from your Bitcoin wallet without human intervention. It may take several years more before the alternative currency is adopted in various sectors. Yet, those who have used the service are pioneers and seem to be satisfied with the process.

The Trump administration should be credited for the surge of Bitcoin last year. Many people consider it as an ideal investment because of the economic uncertainty. However, the crypto-currency is also volatile so it is not yet a dependable instrument for investments. Regardless of this situation, it is still advisable to maintain a positive balance on your Bitcoin wallet in 2017. Observers believe that the value of the virtual currency will still increase more than the projection. Bitcoin owners will benefit from this development.

Bitcoin users should try Purse.io which is described as the biggest marketplace for Bitcoin worldwide. The web application gives users 15% or even more on Amazon.com purchases. How is this achieved? On this platform, a user can send Bitcoin to another user. This second buyer buys a product through www.amazon.com on behalf of the first person. Purchases are made using Amazon gift cards. Savings become possible because of high demand for exchanging credit to Bitcoin.

The exchange value rises and falls. It all depends on the market balance as well as other factors. It is possible to save up to 20% on all purchases if you make use of credits sold on the e-commerce site. The Purse.io platform is expanding operations beyond Amazon and consumers can soon avail of other credits by shopping online. In fact, some web-based merchants and markets accept this currency directly.

The year 2017 will surely be a more interesting year for the Bitcoin. The market is expected to thrive. There will be more ways to use the crypto-currency and benefit from it.

Prices soared last year and rose to multi-year highs. These may go up further this year based on a recent survey conducted by Coin Desk. The price of Bitcoin experienced a phenomenal increase due to a number of factors like increasing interest rates, arrival of new money and powerful momentum in markets. This was the analysis made by industry experts.

The price of Bitcoin went up by over 100 percent from approximately $430 to $963.14 in December 28 (2016) based on Coin Desk’s the US Dollar Bitcoin Price Index data. The analysts polled by Coin Desk said factors such as macroeconomic ambiguity and market dynamics as reasons behind their year-end projections. They mentioned the same factors in determining price movements of the currency this year. The analysts also took notice of the inflow of new money as influencing behavior of Bitcoin in previous bull markets.

Another financial collapse and economic unpredictability are expected to take place globally this year. This can produce another escalation in the price of Bitcoin if the government continues to enforce unreasonable financial controls and intense capital controls. Many private individuals and business owners will surely look for other alternatives. Users find Bitcoin appealing if there is high liquidity. This applies to countries such as Venezuela and China with stringent policies on cash outflows.

Smart contracts have gained popularity last year. This was the result of banks, large financial institutions and investors looking at potentials of protocols based on smart contracts. One is Ethereum used to create novel and decentralized apps. Even then, the platform (with value of $930 million) found it difficult to show practical function and cost-effective commercialization of smart contracts. This was brought about by internal bugs, security issues and transaction delays.

Serious technical and security concerns come out once a cryptographic network (Ethereum) opts for functionality and adaptability more than security. Flexible, fully and scalable network must be able to accommodate large-scale projects with extensive consumer base. However, the absence of security makes the whole network is exposed to manipulation.

Indeed, resourceful people will see more ways to use Bitcoin to their advantage this year which is great news for the industry.