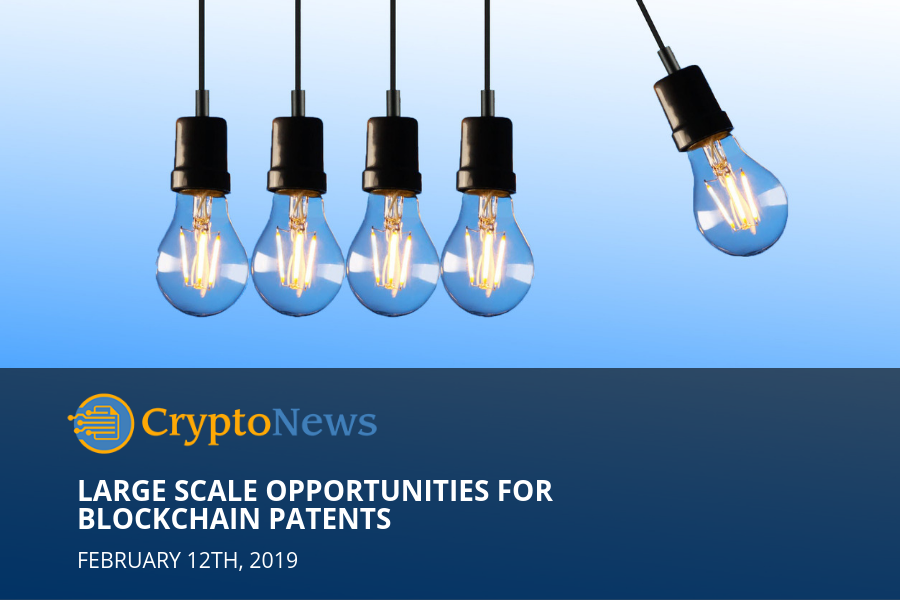 The race for blockchain patents is swarmed with hurdles. They protect vital pieces of intellectual property. The race to patent blockchain innovations, the newest kid on the patent gold rush block has seen a lot of activity in the last few years. Blockchain can be utilized anywhere from the stock exchange, health care industry to security.

Blockchain patenting strategies therefore are a key area for major institutions in the crypto sphere. Great emphasis in blockchain related applications lies in how targeted inventions will solve technical problems in a new way.

Another great opportunity presented by blockchain patents is on industrial economic scale. Companies targeting such a lucrative sector would reap huge profits over the years. According to Herman Gref, the CEO and Chairman of the Executive Board at Sberbank, industrial scale blockchain adoption is imminent. Blockchain has shield away from its previous “hype” and now moved into concrete real use adoption.

Many crypto enthusiasts believe that major multinationals need to join the bandwagon to accelerate large scale crypto adoption. Well, that is currently happening. An analysis by Thomson Reuters showed that China filed 225 blockchain patents in 2017. The U.S filed 91 patents while Australia came third with 13 patents.

The Bank of America (BofA) has filed over 50 blockchain patents. Who saw that coming, right? This makes the bank the largest informal blockchain patent owner. BofA has been overtly critical of cryptocurrencies in the past. Catherine Bessant, the Chief Operations and Technology Officer at BofA said; “We’ve got under 50 patents in the blockchain/distributed ledger space, we want to be ahead of it, we want to be prepared.”

IBM has over 89 blockchain patents but has filed over 9,043 as per their calculations. Its most exciting patent is connected with preserving the privacy of transactions. This will enable private smart contract transactions for IBM through blockchain technology. IBM has also built a blockchain application with Maersk to enhance large scale global shipping operations.

The only stock exchange on the list of blockchain patent owners, NASDAQ is also the world’s second largest stock exchange. It has a $6.8 trillion market cap, and in 2016 it filed for a blockchain based exchange system patent. This novel platform will combine large registries and eliminate data inconsistencies.

Qualcomm is known for filing patents to license them out later to other entities for royalty fees. This characteristic has earned the company a “patent troll” tag. The company is actually getting sued by Apple for demanding a fraction of all sales from iPhone! Notwithstanding the law suite, Qualcomm is a prolific patent owner with over 46,000 approved patents and over 100,000 others in applications.

Coinbase is well known in the crypto sphere for its digital currency exchange platform. It has the highest number of patents among digital currency exchange market players. On the other hand, MasterCard has over 80 blockchain patents in the field of payment transactions. It has a patent application that encodes payment credit cards’ images to the blockchain.  MasterCard has another unique license that enables travelers to upload their itineraries to a blockchain, to allow vendors to bid for services.

Microsoft has over 20 blockchain patents. The large entity is focused on the areas of Trusted Execution Environments (TEE), a secure area of a processor. This will enable the company to increase security levels for its Azure cloud system.

Conclusively, these companies are holding patents that are going to have global impact to business and change our way of life. The rush to patent blockchain based innovations can only herald better days for all the players involved.