4 min readNametoken in a bid to revamp domain name industry 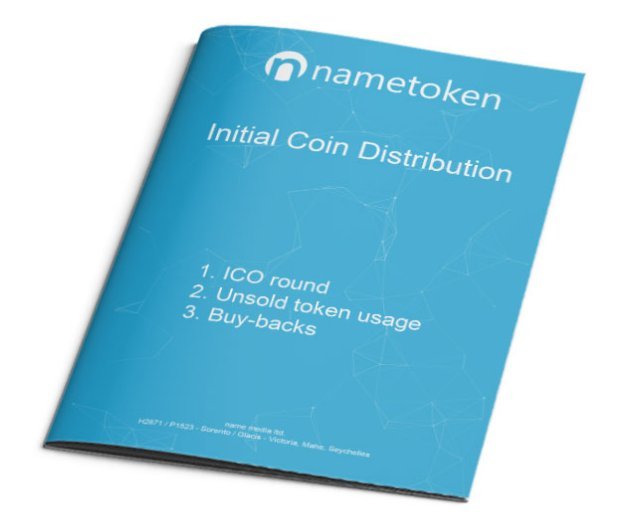 The business of buying, selling and registering of domain names is an industry almost as old as the world wide web itself. But it is currently entrenched in a highly centralized structure, managing more than 326 million domain names as of March 2016. This is a figure that grew more than 10 percent compared to last year and is expected to grow even quicker as top-level domain names get cheaper to buy and Internet adoption increases.

But the domain name industry may be about to witness a shake up in the near future, if the people behind the ambitious start-up Nametoken get their way.

Registered to an address in the tiny island nation of Seychelles, the people behind Nametoken boast over 20 years of experience in domain trading and application development. Co-founders Frank Menze and Jens Peterssen also come with experience in website flipping, having sold domain names for millions of dollars in the past. Nametoken aims to overhaul not only the business of domain names but also web hosting, allowing people to register, list, park, buy and sell domains on the world’s “first decentralised domain marketplace”.

Benefits of the decentralized domain ecosystem

The most obvious benefits are substantial savings on fees from domain-related transactions normally levied by centralized institutions. More than that, all transactions between buyers and sellers are handled through smart contracts for fast, automated, accurate payments. While the mere art of website flipping itself is a money-maker, Nametoken’s idea will allow users to further monetize their portfolios, developing projects to increase networth and generating earnings from domain-related activities.

Capitalising on the challenges and opportunities of “big data” already identified by some of the giants in the current industry, Nametoken has put faith in its proprietary system which combines a proven domain appraisal algorithm with user generated big data. This ensures that potential domain buyers are only shown interesting domain matches – as voted and maintained by users. A reward system for voters and maintainers ensures constantly updated and relevant matches.

In order to raise funds for this venture, Nametoken will launch an initial coin offering (ICO) for two months, beginning August 1st, 2017 and ending September 30th, 2017. Within this period, they expects to have NAT listed “at least on several exchanges”.

Capped at 20,200 BTC, the ICO will sell NAT (tokens on the Ethereum blockchain) for 0.00025 BTC each. Early birds can take advantage of token bonuses, getting up to 50% more tokens as a bonus at various milestones, as shown in the illustration above.

NAT tokens are designed to be deflationary, with 90% of them set aside for crowdsale participants. Nametoken plans to implement a buy back system, using half of all net profits to purchase tokens back from investors for burning, potentially increasing the value of tokens still circulating. Unsold tokens will also be stored in a reserve fund to pay out rewards to users of the upcoming mobile application.

Nametoken will accept Bitcoin (BTC), Litecoin (LTC) and Ethereum (ETH). It advices non-exchange wallets such as Mist, MyEtherWallet, Metamask or Parity to ensure full control over the issued NAT tokens. Unfortunately, US citizens may not participate in the crowdsale. However, they are not restricted from purchasing them on secondary markets.

The lion’s share (40%) of the revenue from the crowdsale will be invested into the main business of domains. Depending on ICO performance, the first domain acquisitions are planned immediately after the end of the crowdsale, with development on Nametoken’s first application beginning in the end of 2017. For this, about a third of the revenue (30%) has been earmarked.

With a tenth of all revenue funneled towards operations, Nametoken expects to beta test and roll out the application by Q2 2018. There are also two advisors to the team who are yet to be announced. A significant portion (18%) of revenue will be spent on marketing, so expect to see and hear a lot of Nametoken on the news and social media soon.

The SEC Launches a FinTech Hub