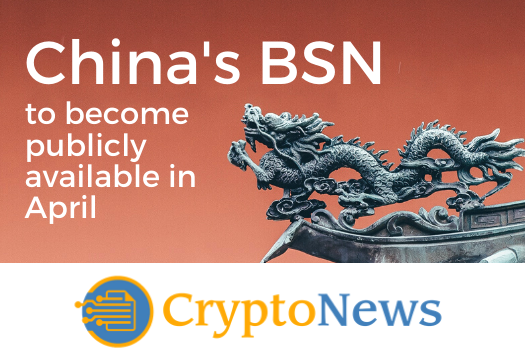 Following the speech of Xi Jinping on the importance of embracing blockchain technology, China went on a spree of development to establish a nation-wide blockchain network. Now, following a report published on January 3rd, we have more information about the future of the BSN network. These latest updates are more of a recap of what has happened, and a showcase of what’s to come.

Information released during the China Urban Governance and Innovation Forum suggests that the open beta of the project is open for 400 companies and 600 developers, with the city of Hangzhou being the first one to pilot the blockchain network and applications, according to Tang Sisi, deputy director of the Smart City Development Research Center of the National Information Center.

In addition, the information further cements the 6 month beta period which ends in April. During this beta period the network, hosting, and all infrastructure will be free for companies and developers. The expected annual costs for hosting a dapp on this network will be $260-$390 USD after the beta period ends. As noted before, the BSN network will only support permission-based blockchains divided into enterprise and private chains. For now, there are no indications that the network will support any public chains, due to the lack of control mechanisms capable of monitoring and moderating the activity on the network.

All in all, the promises that the BSN network makes for the Chinese economy are outstanding. If correct, this can lower the cost of LAN-style network connections between partners by 97%, provide a platform for blockchain developers to share and sell tools, and open up blockchain technology for the small and medium enterprises. These latest updates conclude that the testing results from the blockchain implementation record slow speeds, and point to the fact that we are at a moment in time of proper standardization of blockchain applications, particularly as it relates to the ambitions of the Chinese government.

If they are successful, the Chinese will be the first nation in the world to have a blockchain network capable of managing all of the administrative workload, increasing productivity, and reducing the amount of effort necessary to enforce and maintain compliance with local laws. It’s safe to predict that the Chinese Social Credit System will also become a blockchain app, especially if these initial tests show promise. It’s unavoidable that the Chinese government will seek to use blockchain technology to further increase the amount of control they possess over their citizens.