4 min readPermissioned vs. Permissionless Blockchains – What are the Differences? 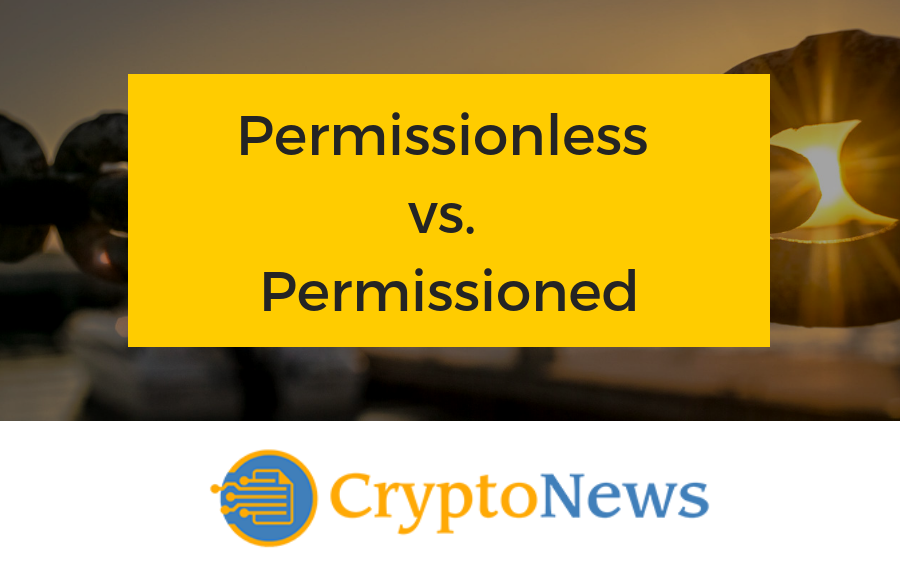 This article will describe what permissioned and permissionless blockchains are and will present a few use cases for their implementation. We will select some of the ongoing projects to describe the way that both types of blockchains operate.

If you need to catch up with what blockchain is you can refer to out Bitcoin Master Guide which covers all of the elements that make up the technology. By the way, Bitcoin is the first, and it is a permissionless blockchain.

What started with Bitcoin has grown to exponential levels. At the time of writing it is about ten years later, and we have more than 2000 blockchain projects that are either original or depend on a platform such as Ethereum to provide infrastructure for them. At the core of the permissionless blockchain is freedom. The freedom to participate or not participate, at any time, for any reason. There are rules to follow, governed by the decentralized ecosystem of that particular blockchain, and this prevents malicious actors from taking over control and corrupting the information.

In a permissionless blockchain, all information is publicly available to everyone in the world. You do not need permission to use Bitcoin, Litecoin, Dash, Ethereum. There is no need for any form of KYC, certification, or any third-parties to facilitate the account creation process. Yes, in the case of Bitcoin, there are many services which make the entire process of making your account, creating the proof-of-work, and accessing/using your wallet easier.

You can also download the entire Bitcoin Core software and run your show (and even provide services for other people). It’s up to you to decide how you want to engage with a permissionless blockchain. The point is that nobody can say whether or not you can or cannot do it. Information on this type of decentralized public blockchain is being maintained by nodes, computers which run this core software. They are the ones that enforce the community rules and make sure that everybody is looking at the same version of the distributed ledger.

This type of behavior by participants is essential to reach consensus, but it also protects the network from any censorship, if it is designed to be a publicly available network. Anything that differs from the core is discarded.

Unlike publicly available blockchains, private and managed blockchain can also provide benefits to a different type of crowd. Permissioned blockchain solutions are useful when individuals or companies need to retain control over the accessibility to the blockchain.

They are generally used by businesses which can create value through the use of the technology to communicate with various stakeholders in their industry. Permissioned blockchains are specifically designed for the result they are deployed to reach. They can be either public, or private, or a mixture of both, with some information requiring a special key, while the rest is unencrypted.

Since permissioned blockchains are designed for a specific use case, it’s much better to learn about it in terms of how they are implemented. Industry-wide solutions provide a more natural way to communicate within the realms of a specific industry, with select key participants that have the need to reliably and continually communicate information, commitment, and value. This type of blockchain would be supported by partners in business and help them save time on administration. The blockchain can be designed to provide and create any reports that are necessary for the legal operations of companies involved in the industry.

Permissioned transaction networks use this type of blockchain to choose who can validate the transactions made on the ledger, i.e. who will assume the responsibility for the transactions and the status of the ledger. They can involve multiple parties, and reasonably expect them to keep the blockchain honest. There is a risk of conspiracy, which is mitigated by including a variety of powerful transaction validators, that would be at a loss in the case of fraud.

Let us know your questions in the comments below, and we will provide you with additional information. Our goal is to encourage discussion around these topics, because they are fundamental towards the proper understanding of blockchain technology.

Let’s start with which one you prefer, and why?