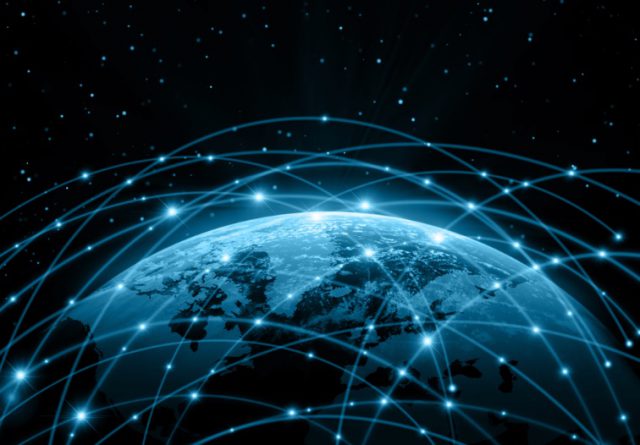 This new financial services firm is among the Blockchain startup enterprises that became part of the Sand Box launched by UK regulator Financial Conduct Authority (FCA). This initiative is aimed at providing foundation for startup companies to check out new but potentially risky technologies with the appropriate supervision. Mr. Clements will provide advice on technology concerns because of his extensive experience in national and cyber security while working for the FCO.

Only this year, SETL launched the first-ever commercial platform that uses Blockchain technology for the registration and settlement of securities transactions. The company’s chief executive officer and co-founder (Peter Randall) cited the value of a resilient system as well as cyber security in the payments industry. The choice of Martin Clements is proof that SETL is prepared to cope with these matters at the board level. In the past, different government agencies have been aggressive in testing or supporting Blockchain technologies. No less than UK’s chief science adviser announced the government continues to seek methods in exploring and testing said platform.

SETL is working on new technology that will enable banking institutions to trade cash and other financial assets with one another without involvement of third party mediators. The existing system requires working with brokers. It is based on Blockchain, software that underlines the Bitcoin crypto-currency. SETL’s Peter Randall believes the blockchain will be effective for finance and payments just like in the shipping industry and international trade. The platform can be capable of reducing expenditures as well as opening the doors to additional value. The private blockchain of SETL can deal with around 1 billion transactions daily. This is based on accelerating transactions at the equivalent rate that Bank of England (BOE) gets them.

Blockchain is a significant progress in the settlement system. SETL has a convincing scheme for the deployment of said technology. Simplification of the payments process and settlements will allow the company to provide operational efficiency that will prove beneficial to market players. Besides, it will bring down costs that are otherwise assumed by investors. The company’s CEO underscored the Blockchain is simple because it is simply a distributed ledger.

How does this ledger work? There is a single copy in different places rather than keep the consensus of data in one location. The definition of Distributed Ledger is an accord of shared, copied and coordinated electronic data reaching out across numerous countries, institutions and websites. Everyone will have access to these records although entries on this ledger are encoded differently. The identity of the individual who posts on said ledger is secured. Resilient distributed networks allow users to operate an inexpensive and adaptable system.

Santander InnoVentures together with Oliver Wyman and Anthemis Group projected that Blockchain technology has the capacity to save banks around £13.2 billion or $20 billion annually. SETL’s CEO acquired extensive experience in rebuilding financial technology. In fact, he was one of the founders of Chi-X, a tech-smart stock exchange, which operated exchanges for trading equities. The company was the first pan-European exchange that launched in 2007 making use of technology to make trading faster and more cost-effective. BATS-Chi-X based in London acquired that company in 2011. It processes approximately 25 percent of the whole Euro region trading volumes.

It is more of an engagement instead of a technology venture. There are several start-ups and banks that plan to adapt this platform. As a matter of fact, 30 leading investment banks are part of an industry-wide initiative to determine standards and uses for this technology. The field is quite congested but the three-step equation is realistic.

The most important aspect is to find out what financial systems require from such an application. At this time, one of the most vital components of payment structures is the method employed by one bank to pay another bank.

The last but equally essential point is cyber security. This terminology refers to the bulk of technologies, practices as well as procedures to safeguard information networks, computers, software, and data from unauthorized access, hackers and damages. Cyber security is a mounting concern among private individuals, governments and business organizations. Blockchain technology can possibly ease these concerns because of the technology’s decentralized and distribution features.

Just like other industries, the financial sector is in danger of cyber violations. Hackers can infringe on clients’ bank balances and funds. The alarming development is Internet-based crime syndicates are able to access key systems with impunity. Most of control systems are related to the worldwide web. Cyber criminals exploit the obsolete nature of such systems.

What about the concept of Blockchain-Based Cyber Security?

Of course, there is nothing irregular with infrastructure modernization for multiple resources. With insufficient cyber security in place, the reliability and safety of said systems are not fail-safe. The structure is centralized. In other words, there is a single control configuration hosted in one or multiple computers. No fallback is available in case of computer crashes or hacking attempts.

Decentralization may be the answer. In this case, Blockchain platforms are able to cope because of their distribution concept. Records are stored in different PCs worldwide which remove the core of failure from the formula. The approach is similar for complex systems. The Blockchain is capable of distributing workloads. This type of cyber security approach is to put together consensus mechanisms for such control systems. The consensus calls for more than ½ of the entire network that hackers will find it impossible to breach. By and large, decentralization and distribution turn out as vital components for existing and future cyber security concerns.