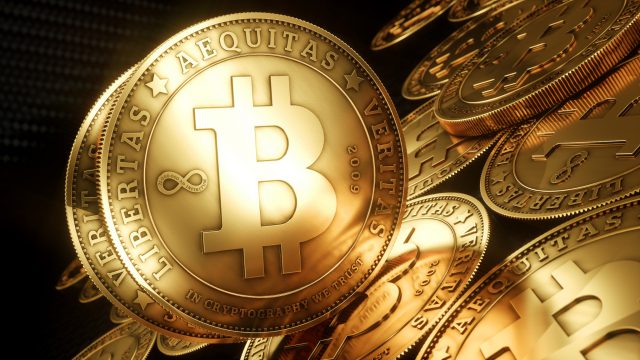 All the technical analysis in the world would struggle to anticipate what will happen to Bitcoin over the immediate and short term. There is simply too much going on, and too many unknowns. This article is focusing on a more fundamental analysis of Bitcoin, and considers whether now is the right time to buy Bitcoin from the perspective of a long-term position. This should not be considered investment advice, but an overview of some of the key points that exist in the Bitcoin ecosystem today, and how their success or failure may help you to answer the question, “when is the right time to buy Bitcoin?”.

On 16th November 2016, Bitcoin miners were able to begin voting on whether to activate the recently released code for Segregated Witness (SegWit). This code, which would be
activated as a “soft fork“, is expected to relieve some of the strain that has been put on
Bitcoin’s hard 1mb block size limit. Currently, the average block size sits very close to this
hard limit at about 0.8-0.9mb per block and SegWit is expected to increase this to an
‘effective’ hard limit of 1.7mb.

While SegWit has been tested extensively by Bitcoin Core and many other independent
developers, there are risks and potentially unforeseen bugs that are worth noting. SegWit
has also been seen as a ‘contentious’ topic, with many stakeholders in the network
demanding a hard fork (either alongside SegWit or separate to) that would immediately
increase this hard limit to 2mb or more. For SegWit to activate, it must reach a 95%
consensus, which given the controversy, may seem unlikely. You can follow the current level of SegWit activation here (the red line of the graph).

If SegWit does activate, and is bug-free, then the longer-term outlook of Bitcoin’s price would likely increase. Depending on how you answer this question, now may be a good time to buy Bitcoin.

Even if SegWit is successfully activated, the increased effective blocksize limit may only
serve as a means of “buying time” until a hard fork becomes necessary – 1.7mb blocks will, of course, fill up of eventually.

When it comes to buying Bitcoin, a hard fork may be the single most critical short term
hurdle for the cryptocurrency to overcome. Normally, hard forks are borne out of a need to avoid an obvious and inevitable catastrophe, and when this is the case, a hard fork in the code is quickly adopted by the entire network and not a single person flinches. However, when it comes to the blocksize limit, such an inevitable catastrophe is a highly debatable and murky subject at best. The debate to increase the blocksize has caused enormous division amongst community members and developers alike, and as a result, a hard fork (at least at this stage) may lead to a devastating blow to Bitcoin. When Ethereum hard forked earlier this year to recover stolen funds, it fragmented the community and led to two versions of the same currency. In Ethereum’s case, ETH-C (Ethereum Classic) was created along side ETH (Ethereum) and as a result, a large chunk of Ethereum’s market cap was wiped out. Fortunately for Ethereum, the blow was not catastrophic and ETH-C is now widely regarded as obsolete, however the short term impact on the cryptocurrency’s price has clearly been powerful. If Bitcoin should hard fork over such a contentious issue, the outcome may not be so forgiving as was seen with Ethereum – there is every possibility that the market cap and price of Bitcoin could be slashed in half.

For many years, Bitcoin has been a tool used by those with the technical know-how. The user interface and experience associated with Bitcoin is responsible for alienating many casual users, and ultimately this has limited the rate at which the price of Bitcoin can grow. However, user interface and experience challenges are being overcome, and we are now
seeing mainstream adoption beginning to take place thanks to a coming together of two critical factors:

Those who bought Bitcoin many years ago, may remember the very limited wallet options from Bitcoin.org. Beginners were sent down the path of downloading the “Bitcoin Wallet” – a full node that would take days to synchronise to the blockchain – creating an unnecessary barrier to those who may have otherwise been willing to involve themselves with Bitcoin. Today, that is all changing, and while full nodes are important to the network, the mainstream infrastructure is forming around lightweight and user-friendly wallets from the likes of Coinbase and Circle. The payment processor BitPay is also helping to tie the traditional world of fiat with the more technologically astute world of Bitcoin.

As the infrastructure on top of the Bitcoin protocol continues to build, evolve and improve, something bigger is happening for BTC stakeholders.

In April 2016, BitPay announced in a blog post that it had partnered with the gaming giant Steam to accept Bitcoin payments from players in dozens of countries. Steam has an active playerbase of 125,000,000, and so it’s not too difficult to see how strong a promotion this will be for the currency. This will also no doubt increase the likelihood that other gaming platforms such as Origin and Blizzard will follow suit.

In another blog post by BitPay , the payment processor announced that it would be partnering with NetBet, one of the UK’s largest online casinos, to bring Bitcoin deposits to their players. BitPay is now working with the internationally-respected UK Gambling Commission to ensure that Bitcoin use meets regulatory requirements, and signals what could be a much broader adoption of Bitcoin for UK gambling sites in the months and years to come.

What are the current risks with buying Bitcoin right now?

The above paragraphs give a good indication of the state of Bitcoin at this point in time. If you don’t consider the risks (and there are risks), Bitcoin will seem like an absolute “no brainer” with a price that appears to be enormously undervalued. So why is the price of Bitcoin not higher than it is? Well there are a few key considerations:

While there is no strong indication that regulatory changes are coming in the immediate future, the two largest economies in the world are known to be watching developments closely.

The days of parody coins such as Coinye and Dogecoin may be nearing an end, but since their inception there have been numerous other coins with real benefits that understandably worry Bitcoin investors. Ethereum has been the most prevalent of these coins, and more recently the zero knowledge coins, zCash and Monero have started to earn favor amongst cryptocurrency enthusiasts and investors. Are competing coins simply an inevitable outcome of cryptographic technology, and is there room in the world for more than just Bitcoin? How important is the network effect of Bitcoin and could power reasonably be shifted from BTC to another currency? Answering those questions will help you identify whether competing coins make now a good time to buy Bitcoin.

Some final words of advice

When considering if now is the right time to buy Bitcoin, you should really consider the sources for which you obtain your information. Many of those in Bitcoin will opt to join either the /r/btc and/or /r/bitcoin communities on Reddit where updates are posted every minute and comments are made in their droves. However, making decisions based on the comments and links posted in communities like these can be a dangerous game; over the years they have rapidly turned into echo chambers with dissenting articles being quickly downvoted (or allegedly censored) and those more favorable articles reaching the top. When
buying Bitcoin for the long term, it is important to look at the broader developments within the industry; FUD (fear, uncertainty and doubt) is commonly spread in social communities as its influence is particularly powerful when money is at stake. Consider joining newsletters from a range of different sites including Crypto-News, and follow live events that happen within the industry – this is by far the best way to see through the noise, and to make an educated decision as to whether buying Bitcoin now is worth the risk that you perceive.

So what do you think? Is now a good time to buy Bitcoin?