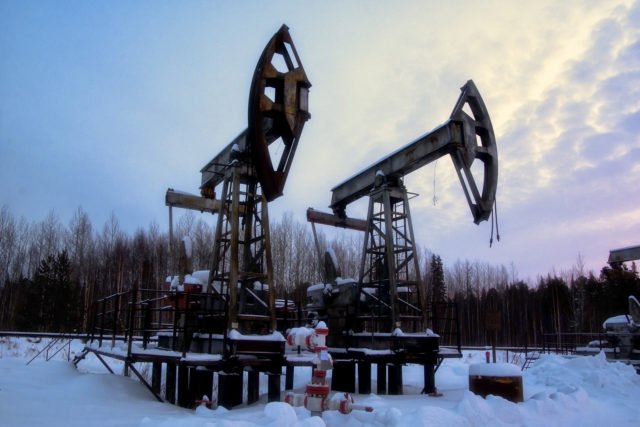 The Russian government has long sent mixed signals over blockchain use and cryptocurrency adoption, yet a number of signs point to substantial moves toward state regulation over the course of the next few weeks. Although it is highly unlikely that Russia will soon recognize crypto as legal tender, there is no doubt that its leaders are beginning to appreciate blockchain’s benefits as well as its potential to disrupt the present economic status quo. Given the significant popularity of cryptocurrency among the Russian people, official state action regarding its adoption is all but certain to take place soon.

The biggest news coming out of Russia over the past few days is the announcement that it is developing an oil-backed cryptocurrency to be used as a settlement system for trading natural resources. According to Igor Yusufov, the former Energy Minister, the crypto is in its final stages, and is intended to be a settlement system for trading natural resources. Ideally it will enable its users to avoid the costly exchange fees associated with fiat. Also, traders can use it to avoid bureaucratic barriers or trade restrictions.

This cryptocurrency is quickly being compared to Venezuela’s oil-backed coin, the Petro. However, whereas the Petro is widely believed to be little more than a gimmick by the collapsing Maduro regime to raise desperately needed foreign fiat, the Russian coin will likely gain far more respect as a serious attempt to create a state-backed blockchain currency. Nevertheless, greater details on the crypto have not been released, and it is safe to assume that it will not be open source or permissionless. In fact, it is possible that it will not be publicly traded, but rather part of an internal network of participating nations.

In terms of greater regulation, in March the Duma is expected to pass a law that covers blockchain assets. According to Oleg Nikolaev, a member of the State Duma Committee on Economic Policy, this legislation will be “business friendly,” and “provide blockchain and cryptocurrency technologies the opportunity to develop.” It is also likely than many more blockchain-related laws could soon follow.

It is worth noting that despite these pro-blockchain indications, the Russian government has yet to prove that it is prepared to fully embrace permissionless, decentralized cryptocurrencies such as Bitcoin or Ethereum. In fact, Alexander Konovolov, Minister of Justice, recently noted that the Russian constitution expressly prohibits the use of any currency other than the Rubble as legal tender. In fact, like most nations, Russia appears to be struggling with finding a clear place for decentralized crypto within the framework of its financial system. It is thus reasonable to assume that any soon-to-be enacted laws will fall far short of what what most crypto advocates would like to see.

Even if Russia only takes baby steps into officially recognizing the legitimacy of cryptocurrencies, it will have a significant impact on overall global adoption. Few of the world’s large, influential states have embraced blockchain adoption. Russian action could set an example to be emulated by others. Additionally, Russian moves into the crypto space will help better define appropriate use cases as well as determine the role of government in regulating the technology.