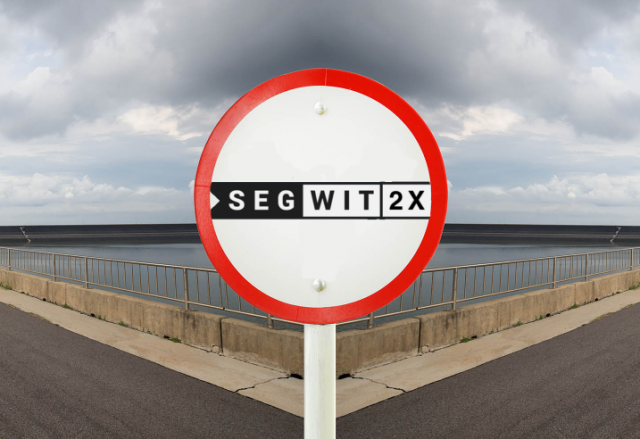 Update November 8th: The hard-fork has been called off, as reported by Crypto-News here.

SegWit2x plans to split off the Bitcoin network at block 494784, which is expected to be mined in:

(updated once per minute)

After the previous chain-splits in August (Bitcoin Cash, BCH) and October (Bitcoin Gold, BTG), November brings us another Bitcoin hard-fork attempt, and most likely another Bitcoin chain-split as a result. SegWit2x (or 2x for short) is planning to hard-fork to a 2 MB block size at block 494,784. Originally part of the New York Agreement (NYA, also called “Barry Silbert Agreement”), this hard-fork is part of a two-step program towards scaling Bitcoin, which included SegWit bit 4 activation back in August, and required a hard-fork to a 2 MB block size within the next six months afterwards. Despite the long list of supporting companies having cosigned the agreement, 2x is very controversial, both within the Bitcoin community and among Bitcoin companies. As a result, several initially supporting companies have since retreated their support for the hard-fork, resulting in the amount of hash power signaling support dropping from over 95% to currently 83%, merely 3% over the 80% required for BIP9 activation. Other points of heated discussion right now are the lack of replay protection & a competing project from former lead developers for 2x. More information about SegWit2x can be found in their hard-fork announcement, as well as in several topics on Crypto-News covering the hard-fork. Especially for beginners, we suggest reading the following topic: Breaking the Confusion Around SegWit2x.