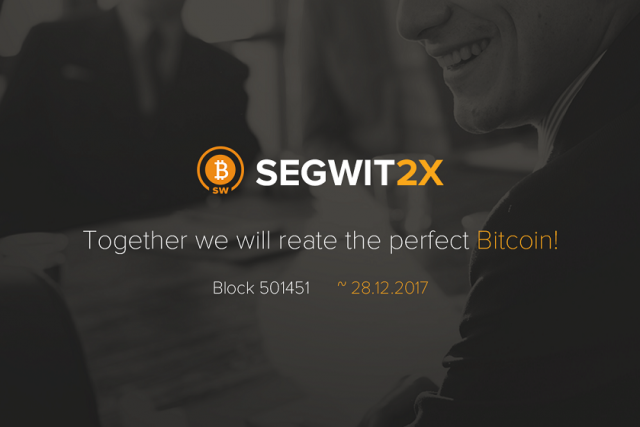 Information about the revival of the project has been updated on the site dedicated to Bitcoin Segwit2X!

The Segwit2X hard fork was planned to be carried out in mid-November. However, futures trading is still conducted at a number of crypto-exchange markets at a price near 0.01 BTC (HitBTC). In addition to implementing Segregated Witness, our team has already implemented:

Yet, we are not going to stop here. The following positive changes are planned, according to Roadmap:

As the project CEO, Jaap Terlouw, says: “Commission and transaction speed within the Bitcoin network reached inconceivable values. In the last month, the average commission of the network was 15 US dollars! While Bitcoin turns into a digital analog of gold, it is simply impossible to use it as a payment tool.”

Our team’s plans do not include a complete replacement of the existing standard, but a peaceful existence and addition to the classic Bitcoin. During the hard fork on the block 501451 (December 28th, 2017) Bitcoin Segwit2X will not only revive itself, but it will make the network even better.

In addition, we guarantee that all BTC holders will receive, not only B2X in the ratio of 1:1, but also as a reward for your commitment to progress, the proportional number of Bitcoin of Satoshi Nakamoto who mined it in the first year of the network’s existence.

You can follow the  Bitcoin Segwit2X news at: http://b2x-segwit.io and in the social channels of the project: