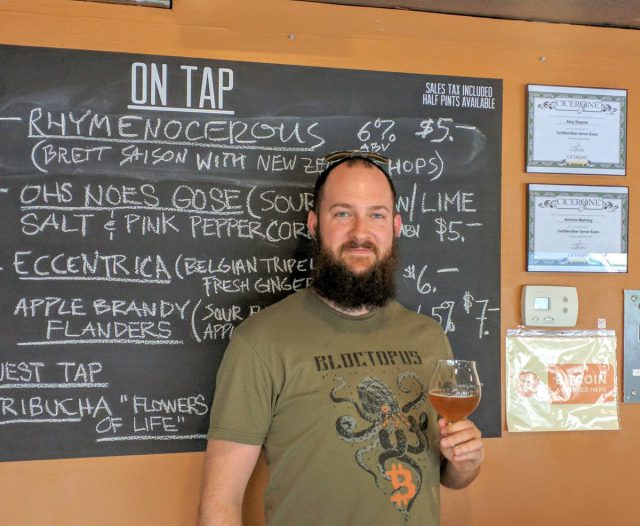 If a person who spent $10 back in 2010 to buy a pizza invested that money on Bitcoin, he would become a millionaire having $10 million by now. This fact clearly explains the price hike of Bitcoin. Digital currencies are considered as the future ad they are gradually in the process of replacing traditional currencies. The hike in Bitcoin prices is still taking place. Therefore, we can expect it to go further up in the future as well. If this trend continues, we will be able to see the price of one Bitcoin, equivalent to $250,000 by the end of 2020.

The predictions of Jameson

Jameson Lopp, who is one of the software engineers from BitGo, has given out an accurate description about the price hike of Bitcoin in the future. He has analyzed the trends of this cryptocurrency for a period of seven years in order to come up with his prediction. According to the analytic data, Jameson is pretty sure that the price of a one Bitcoin would be equivalent to $250,000 by 2020.

Jameson has officially announced this fact from one of his Tweets. He has given out a brief explanation on how he worked on the calculations as well. In fact, he has drilled down to a daily analysis in order to see how the price is being varied. As a result, the accuracy of information presented by him is relatively high.

As mentioned earlier, Jameson took daily value change of Bitcoin into account, while he was working on the calculations. He also took the downfall of the Bitcoin value back in 2014 as well. However, he observed an overall positive trend in the price hike of Bitcoin since 2010.

The exponential hike in price

The figures that are expected to see in 2020 have been calculated by Jameson as per the figures that he analyzed. Therefore, $250,000 is not a ballpark figure. When calculating this value, Jameson came up with one key assumption, which is the value of Bitcoin would increase by 0.42% on a daily basis. According to Jameson, no linear calculation method or graphical calculation method can be used in order to predict the price of Bitcoin in future. That’s mainly because the exponential growth cannot be modeled through such calculation methods. Therefore, a single formula cannot just be used to calculate the price of Bitcoin.

As mentioned earlier, Bitcoin price is showing a non-linear behavior. Therefore, we can expect the daily value change of the digital currency to increase along with time. This can make the ultimate value of a Bitcoin reach up to $250,000 after a period of three years. However, we are not in a position to validate the accuracy of this fact because the changes that can take place within the cryptocurrency, such as a hard fork is in a position to create an impact on the end value. However, we can say that it would be somewhere around $250,000.

The role of the media

When analyzing the upward trend of cryptocurrencies, we cannot simply forget the role played by media. Some of the mainstream media outlets have already started giving insights about the cryptocurrency future. They have paid special attention towards Bitcoin instead of the other cryptocurrencies. In addition, media has taken necessary steps in order to compare Bitcoin along with other assets that are available for the people such as gold.

The recent reports of ABC news can be considered as a perfect example to highlight the role played by mainstream media in terms of cryptocurrency. ABC news is a national news service that is based in Australia. It was established by the Australian Broadcasting Corporation. During the past few months, ABC news has been offering an extensive coverage to the people about Bitcoin. The same is applicable for The Wall Street Journal as well. All the media channels are comparing Bitcoin to other currencies that exist out there in the world. They include comparisons in between Bitcoin and USD, Bitcoin and Japanese Yen, Bitcoin and GBP, Bitcoin and Euro and Bitcoin and INR. According to these comparisons, it can clearly be seen that the value of Bitcoin is increasing relative to the value of the currency.

According to Alan Silbert, who is the Senior Vice President for Capital One Healthcare, it has been identified that the Wall Street Journal Newspaper is digging down into the insights of Bitcoin along with their episodes. Alan Silbert is also the founder of Bit Premier and he seems to be impressed with the steps that are taken by the Wall Street Journal newspaper. Bitcoin has even appeared on the front pages of these newspapers. This has heavily influenced the customers. On the other hand, the demand towards Bitcoin is increasing on a daily basis because of this fact as well.

Once the scaling issues that exist in Bitcoin are resolved, more and more investors would start purchasing Bitcoins. This reason would also contribute towards the exponential growth of the cryptocurrency.

As you can see, the value associated with Bitcoin is increasing at a rapid pace. Therefore, it is the high time for people to think of this excellent investment opportunity. If the current trend continues, the value of a Bitcoin would reach up to $250,000. However, you don’t need to keep any second thoughts in your mind because the value is increasing on a daily basis.