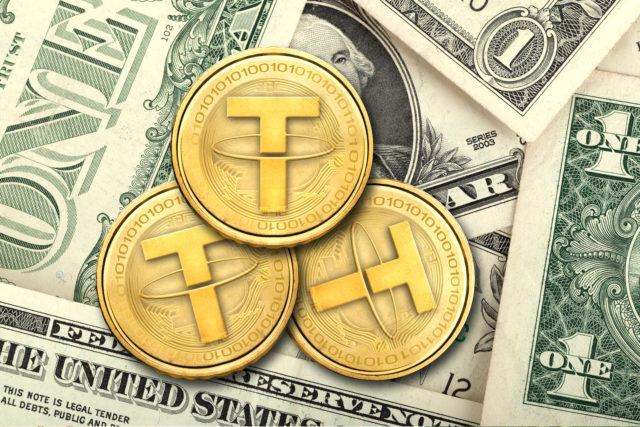 Wells Fargo has become the latest financial institution to announce the creation of a stablecoin, which it intends to use for cross border transfers and international payments. As digital tokens backed by hard assets, usually fiat currencies, stablecoins are quickly carving out their own place within the crypto space. Their emergence has sparked significant debate among blockchain advocates, and their ability to succeed long-term is questionable. Nevertheless, they are likely to become more influential as digital currencies move toward mainstream use.

Private blockchain developer R3 is behind the Wells Fargo coin, which will be named “Wells Fargo Digital Cash.” It will be based on a permissioned platform, and is expected to launch in 2020. This coin will likely be similar to the JP Morgan Coin, and is expected to be used only by banks during its initial roll out. Wells Fargo claims that it will be much faster, and more efficient than the SWIFT Network, which has long been the standard service for international institutional transfers.

The stablecoin space has now become so diverse that it can be difficult to determine the goals and architecture of each platform. Some, like Tether, are primarily used for trade and are backed by new companies. Others, like JP Morgan Coin, are intended for institutional use by banks. Libra, which will soon be launched by Facebook, is designed for use as a traditional currency.

Most crypto advocates assert that stablecoins should not be considered cryptocurrencies, as they lack the core elements of true blockchain-based assets. Notably, they are centrally managed, and many do not maintain consensus via a distributed ledger. In fact, most are not open source or immutable.

Creators of stablecoins counter argue that these assets presently play a key role within the crypto space, as they are used on exchanges and as safe havens for crypto investors during times of volatility. Also, stablecoins can be every bit as effective, if not more so, as means to transfer value and they offer a degree of stability that traditional cryptocurrencies lack. In fact, the entire blockchain space is rapidly evolving, and there is no single platform architecture that meets all needs. In other words, there is no reason to exclude stablecoins from the blockchain revolution.

Most governments remain opposed to widespread crypto adoption, yet moving forward regulators and politicians may be more likely to embrace stablecoins, as these assets can more easily be regulated. Although the hostility toward Libra and Tether are well-known, stablecoins issued by banks seem to have less opposition. Notably, there has been virtually no opposition to JP Morgan Coin, Gemini, or Wells Fargo’s proposed coin. It seems, not surprisingly, that politicians are somewhat biased toward the various institutions that are entering the stablecoin market. It is thus not surprising that Facebook is presently working hard to gain the trust of U.S. leaders.

Despite their controversial nature, the development of stablecoins is likely to continue unabated. Their future may be uncertain, but the same can be said of any of the more conventional cryptos. For now, their supporters firmly believe that these assets have a very real role to play in the world of digital currency.

Lionchain: How To Achieve Financial Freedom In Short Time