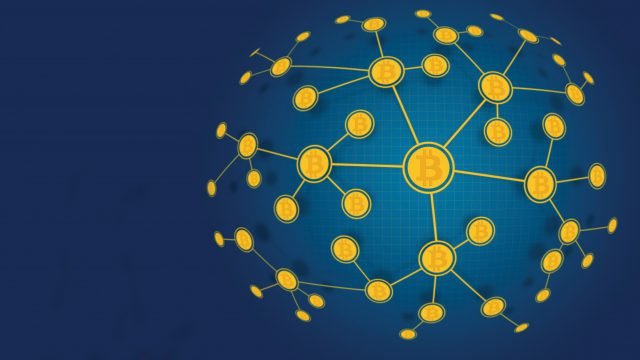 Crypto investment and use is moving forward at a striking pace. Current estimates put the number of active crypto wallets at over five million, with a fiat market cap of over $151 billion. Even the most conservative predictions have these numbers growing exponentially over the next few years. Governments around the world are struggling to adapt to this revolution in finance, with mixed results. This is the final segment of a three part report on the status of cryptocurrency by region, and it will examine East Asia, South Asia, and the Middle East.

There should be no doubt that Asia is currently the most complex area in the crypto space. Japan is among the leading pro-cryptocurrency nations in the world, with a government eager to regulate and legitimize it, and a well-educated, affluent population that is rapidly investing in it. Japan is the only large nation that legally recognizes Bitcoin as currency right now, and just this month it has given regulatory licensure to eleven exchanges.

There is no doubt, however, that China is the flagship nation for Asian cryptocurrency adoption. Until September, China had the largest crypto trading volume in the world. Chinese culture has long valued personal savings and investment, which no doubt plays a significant role in crypto’s popularity among the public. Also, young Chinese are increasingly viewing digital assets as a way to financially free themselves from the burdensome control many believe the government has on their lives. Simply put, cryptocurrency use is a form of freedom that the authorities cannot take away.

More so than their counterparts in other nations, Chinese central authorities have given very mixed signals on crypto regulation. After a few years of tolerance, and even rumors of recognizing cryptocurrency as legal tender, China has taken bold steps to curb its adoption. In September, China’s central bank, the People’s Bank of China, declared ICOs illegal. Shortly thereafter, Chinese exchanges, under pressure from banking authorities, began cutting off business to Chinese residents. These moves have done little to dampen the people’s interest in digital assets, which may prompt the government to take more restrictive steps.

As with China, South Korean authorities have also taken steps to restrict cryptocurrency adoption. The government has recently banned ICOs, although there has been no attempt to shut down exchanges. Crypto investment is growing rapidly in the country, and this ban is likely a temporary measure to give banking authorities time to develop a regulatory framework.

North Korea, which perhaps has the most closed government and economy on Earth, is rumored to be mining Bitcoin, possibly as a means to circumvent trade sanctions. However, because the North Korean people have virtually no access to digital technology, crypto investment outside of tightly regulated government circles is virtually non-existent.

Regardless of official government positions, blockchain technology is rapidly being deployed across Asia. For example, Japan’s banking industry is moving forward with blockchain developments, with a number of banks developing an NEM based private blockchain named “Mijin.” A number of Japanese industries are also forming partnerships with Ripple. Even China is investigating distributed ledger solutions for a wide array of government agencies and its military.

South Asia and the Middle East

South Asia cryptocurrency development is not covered as extensively by the media, but this will likely change as more people in the region become adopters of digital assets. India, specifically, is experiencing explosive growth in crypto investment. Hundreds of millions of Indians are entering the middle class and, like the Chinese, Indians have a strong affinity toward saving and investing.

The Reserve Bank of India (RBI) is believed to be developing its own cryptocurrency, tentatively named the Lakshimi, to be used as legal tender along with the Rupee. Also, a number of Indian banks have partnered with tech companies, including Microsoft and IBM to develop a blockchain-based network to be used for internal communication. India’s large population, and its role as an emerging economic superpower, guarantees that it will play a key role in the emerging cryptocurrency revolution.

Cryptocurrency adoption is also growing in South Asia among the millions that are unbanked and lack access to modern financial services. Pakistan, for example, is becoming a major Bitcoin hub for this very reason. As in other parts of the developing world, smartphone access has made this move possible.

The nations of the Middle East are very diverse, and more than in any other realm, each state has its own pattern for cryptocurrency adoption. Israel, for example, is very pro-crypto, with many blockchain companies, and a population that is increasingly investing in digital assets. Israel is also working on ICO regulations.

Arab states, such as Saudi Arabia, Jordan, and the United Arab Emirates (UAE), either discourage it, or have yet to create clear regulations. However, millions of foreign workers live in these nations, and remittances are a substantial part of their economies. There should thus be no doubt that crypto use will grow substantially to serve this market. It is also worth noting that there are far fewer crypto exchanges that operate in the Arab Middle East, the most common one being BitOasis. Thus, many Arabs rely on local, and unregulated exchanges.

Not surprisingly, the middle eastern nations that are experiencing political and economic disruption, such as Syria and Libya, are experiencing a surge in cryptocurrency adoption. People in these countries are beginning to turn to crypto as a financial safe haven. This trend has now become common across the globe when major crises erupt.

When examined as a whole, it is clear that every region in the world is experiencing rapid adoption of cryptocurrency. Somewhat surprisingly, crypto adoption rates are similar in both wealthy and poor nations. Also, government responses to cryptocurrency are similar regardless of political structure. Simply put, autocratic regimes are no more likely to interfere with crypto use than free democracies. Even China, with its long history of central control, has enacted restrictions that are ineffective, and almost certainly temporary.

A common trend across the globe are nations that are developing national cryptocurrencies, which would in theory give their citizens the benefits of crypto but keep monetary control in the hands of the central banks. Crypto experts almost universally agree that such plans are doomed to fail, as the borderless, decentralized nature of Bitcoin and other cryptos are their greatest advantage.

Examining cryptocurrency from a global perspective demonstrates how revolutionary blockchain-based digital assets truly are. They are changing how the world operates, and they are benefiting wealthy and poor alike. More change, and volatility, is almost certain. However, there can be no doubt that crypto is now a permanent part of the global financial landscape.