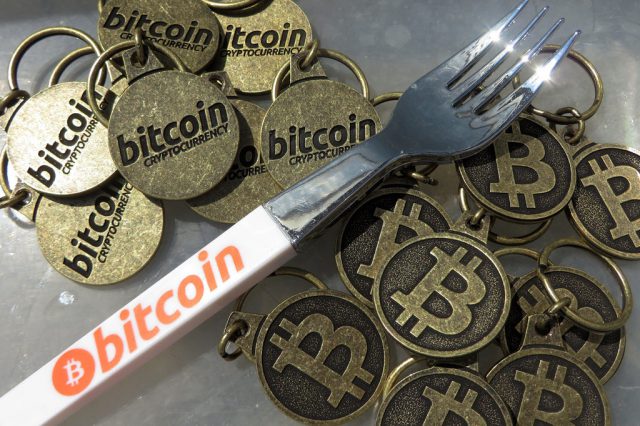 The Bitcoin Gold split occurred on October 25th around 12:00 UTC at block 491 407, creating yet another fork of Bitcoin. It is not to be confused with Segwit2x, which will double the block size and is meant as an upgrade to the existing protocols. Instead, this fork will create a new cryptocurrency without the support of the developers or the community. Unlike Bitcoin, Bitcoin Gold will create new blocks with the Equihash algorithm, which is CPU and GPU mineable and ASIC resistant. Consumer-grade computers perform almost as efficiently as specialized hardware with the Equihash algorithm, therefore, Bitcoin Gold aims to decentralize the mining process and possibly weaken China’s dominance on the Bitcoin mining industry. Like Bitcoin Cash, it also includes replay protection, creating a unique address and transaction format to prevent confusion between the existing versions of Bitcoin.

Some aspects of Bitcoin Gold has brought upon confusion and skepticism among the crypto community, most notably, the incomplete code and bounties being offered on Github by the development team for fixing critical issues. As it stands, Bitcoin Gold cannot be sent or received as the forked blockchain does not exist yet. As a result of the incomplete development, many major exchanges such as Yobit, Bitfinex, and Bittrex, released statements regarding their support for Bitcoin Gold only a few days before the fork. Moreover, one of the biggest Bitcoin exchanges, Coinbase, decided not to support the new coin due to security risks involving the lack of a functional code. Coinbase once believed that the fork had already occurred long before October 25th. In a public announcement on October 20th, the exchange stated: “The fork has already privately occurred at a point known only to the Bitcoin Gold development team.” Though Coinbase has reviewed the GitHub repository and corrected their statement, the message has already confused many Bitcoin users.

In addition, some claim that the developer, Jack Liao, created Bitcoin Gold for his own benefit. Liao manages a company called “LightningAsic” that sells hardware for GPU mining. Some serious opponents of Bitcoin Gold call the new cryptocurrency a well thought out scam. They emphasize the premine of 200,000 Bitcoin Gold (now changed to around 80,000), implying that developers may sell their coins after they are released to make quick profit. The registration of many suspicious domain names under the same email and the attempted ICO also seems somewhat strange.

Some credit can be given to the development team; they are distributing much of the premine coins for coding bounties and aim to provide transparency about significant expenditures. Only 5% of these coins will be kept by the core developers. Furthermore, attempting an ICO does not mean the developers have ill intentions.  After all, the second most popular cryptocurrency, Ethereum, started with an ICO and a premine.

Even though Bitcoin Gold may not be a scam, it may not differ much from the controversial Bitcoin Cash. Like Bitcoin Cash, Bitcoin Gold does not fill a new niche or create innovative solutions.  We need to ask what value the new coin adds to the cryptocurrency ecosystem. Simply adding “Bitcoin” to the name or forking the existing Bitcoin blockchain without the majority support of of the community will simply confuse new users. Instead, Bitcoin Gold developers could address the issue of mining centralization by creating a new altcoin and gathering support.