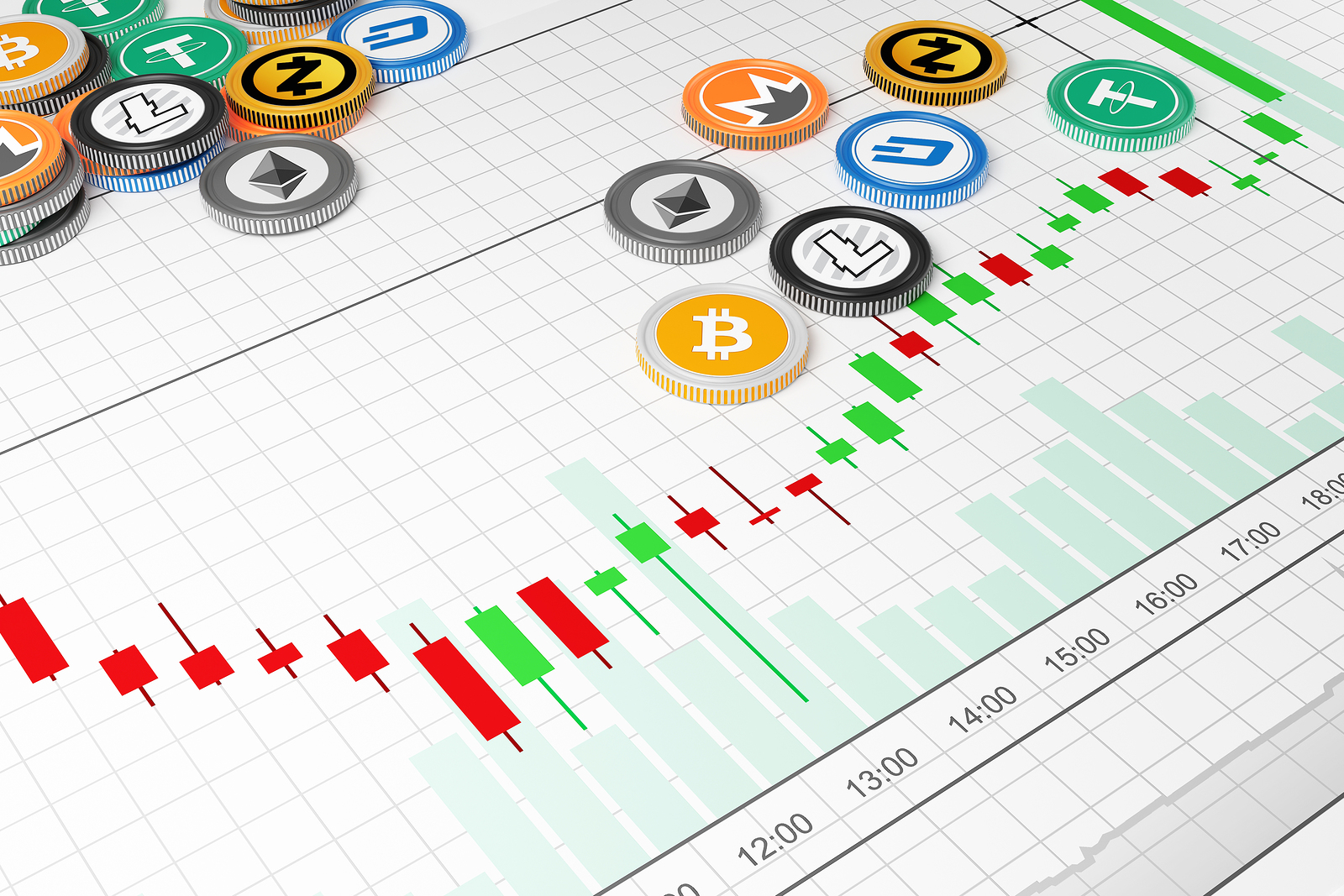 As Bitcoin breaks one new high after another, it is putting tremendous stress on the infrastructure of the crypto-space. The rise in volume on Coinbase’s exchange, GDAX, caused that exchange to fail. It was difficult to match orders and get an accurate price quote. Arbitrage between GDAX and the other major exchanges topped at $2,000.

This highlights the fact that the crypto-space, as exciting as it is, is also still very immature relative to the amounts of capital pouring into it. Problems like this will continue to arise and money might be lost. So, caveat emptor, folks, it’s important.

But, what this incident and the recent NiceHash hack underscore is that the promise of cryptocurrency decentralization is still subject to single-points of failure, which can destabilize the markets during dramatic price moves, resulting in huge losses.

This is not to say that the ‘real-world’ financial system isn’t subject to the same problems. It is. But the infrastructure to arrest huge price moves, settlement, clearing issues and the likes is far more sophisticated (though no less vulnerable to break down) and have the veneer of legality that keeps panic at a minimum.

The crypto-markets don’t have that and as such are very vulnerable to unscrupulous attack by speculators and/or government agencies to increase volatility and burn new crypto owners. The good news is that there are multiple projects on the way are looking to solve these problems. The bad news is, those projects are not here yet.

Since June, governments have been attempting to arrest capital flow into cryptos to no avail. For a while they were able to keep Bitcoin under control, like J.P. Morgan Chase CEO Jamie Dimon’s outburst. But that’s not the result they wanted, which was similar to the one they got when Mt.Gox was shut down early in 2014.

From Mt.Gox to The Maestro

The net effect was that a lot of people lost money in that implosion and the Bitcoin market went into a two-year bear market. From the moment Bitcoin went live detractors have said some variation on the following argument:

“Even if Bitcoin is successful, the moment it tries to challenge the established order the government and the banks will just shut it down.”

Now, I agree that the governments and banking cartel have attempted to shut cryptocurrencies down. And I also agree that as the marketplace matures, there will be further crackdowns & legal maneuvers designed to keep volatility high along with investor wariness. But the failure of this year’s attacks on cryptocurrencies and their ICOs (Initial Coin Offerings) to break these markets is a telling point that the governments may not have the kind of power that even the most ardent adopter fears.

The washout from Mt. Gox was over 80% peak to bottom, from over $1,000 to around $200. Back then, it was easy to manipulate the price on the exchange to insane levels and then crash prices by selling all at once and creating a massive redemption problem. I doubt there was any intentional fraud at Mt. Gox, especially when it didn’t take a genius to see the raid was carried out to create maximal panic, fear and bad press.

Bitcoin’s bubble is supposed to burst every time some government official makes a statement or Fed governor is trotted out to proclaim it a bubble. Watch this hilarious three minutes with Maria Bartiromo and Allen Greenspan (“The Maestro”) if you want to see the face of desperation.

A funny thing happened on the way to the Bitcoin Apocalypse – it didn’t happen.

Professionals came in and supported the price at easily identified support levels and pushed back through resistance levels with patience and skill. Each successive headline designed to sow fear which landed without fanfare emboldened bulls to rout bears.

When you are someone who’s spent their entire life in a particular paradigm you define power by the boundaries of that paradigm. The modern banking and finance systems operate within a known paradigm which is powerful but also vulnerable.

They understand how to funnel capital into a particular place and then punish it for doing so. This is what the Federal Reserve does when it makes major monetary policy decisions. They know radically lowering interest rates pushes capital to emerging markets where the yield is higher. Then, when the time is right for the Federal Reserve, it raises rates to pull money out of those markets and punish those who’ve borrowed in cheap dollars, forcing people to sell like mad.

The same behavior applies to any attack on the cryptocurrencies, using a mix of policy (laws or central bank edicts) and market manipulation to concentrate capital in one area, in this case the crypto-exchanges. And then it’s simply a matter of releasing all the bad news at once, keep the headlines full of FUD and start selling positions to create a panic.

There have been multiple 40-50% corrections in Bitcoin this year. In fact, Zerohedge pointed out recently that one 30-50% correction happens every quarter. All of them the result of fear generated by a lack of investor confidence. But with each of them the confidence in cryptocurrencies and their infrastructure grows.

During the last correction – late August to early September – I fully expected to see regulators in the U.S. trying to shut down Coinbase. There were multiple stories seeded in the financial press of people not getting their money out of Coinbase. I had visions of another Mt. Gox, designed to put off from investing in cryptocurrencies the next wave of adopters.

It failed miserably. Coinbase emerged from that period with even more confidence from its customers than it had before. Yes, the networks were slow. Yes, there were problems.  But, since it survived this attack its owners now have a better sense of how to deal with the next one. Fast forward to this week and something similar happened. Yet the bull market in Bitcoin roars on.

That said, however, centralized exchanges like Coinbase and Bitfinex are going to continue to be targeted by the powers trying to stop the rogue wave of investment into cryptocurrencies. Eventually, the original complaints of the early detractors will come to be true. They might simply outlaw the exchanges or declare onerous taxation rules to stem the tide.

And for that reason, it’s imperative we remember why decentralized monies like Bitcoin and Litecoin are so powerful. They remove the threat of third-party manipulation of money with zero recourse by the holders of that money. And because of that it makes zero sense to recreate the old world within the context of the new one.

Centralized exchanges are single nodes of failure. They are vulnerable to attack. Moreover, the potential for the exchanges keeping only a fraction of the liquidity they need to clear a panic is real.

So, where the market is headed is to decentralized exchanges. Exchanges that themselves are operated on the blockchain with no central server or pool of liquidity to be maintained. Examples like OpenLedger and WAVES are open-ended systems designed to facilitate conversion of one currency into any other, including fiats like the US Dollar or the Japanese Yen.

OpenLedger, through its ability to issue tokens in the currency of choice which are 100% backed by deposits, allows traders to move between fiats and cryptocurrencies with a simple order, eliminating the worry about governments seizing assets or there being a run on the exchange’s liquidity.

WAVES functions the same way, but it does so to facilitate currency exchange directly. It also adds an Ethereum-like smart contract platform on top of that for building distributed applications for doing e-commerce. It’s being designed and marketed in Russia with the MICEX exchange itself looking into building a gateway to facilitate cryptocurrency transactions, using WAVES as the underlying technology.

As opposed to fighting the evolution of the blockchain, Russia is embracing it at a rate that is frankly astounding.

And back to what I alluded to earlier, there are more cryptocurrencies trying to provide a “platform” in development – Komodo and Qash come to mind – that will provide the next level service without many of the failure points of the current systems.

Komodo can facilitate cross-currency trading without settlement lag, in the form of sophisticated atomic swaps. Openledger smartcoins float their supply to peg themselves to the underlying asset, collateralizing the blockchain and holding its assets as 100+% reserves. These are both examples of exchanges that operate without worrying about a run on their reserves.

In other words, how do you attack their liquidity pool when they have zero need to maintain one? And to me, that is the most exciting thing about where we are headed.  Having watched the financial markets for close to twenty years now, I’m tired of spoofing, orderbook manipulation, dark pools and the rest of it.

The big exchanges now are rife with this behavior, precluding using any kind of market order to place a trade. And the measure of an exchange’s efficiency is measured by its ability to operate under stressful conditions. GDAX proved the other day it wasn’t capable of handling the current stress levels. So what’s the advantage of having all of this liquidity of deep orderbooks if you can’t process the orders?

Openledger uses listing fees to stop abusers cold. It also has much, much thinner markets, because it’s easier to manipulate the orderbook than it is to place real trades with conviction.

The next crash that costs people billions this time versus the size of Mt. Gox will make people reconsider the ease of moving their cryptos around on centralized exchanges versus ones where 3rd party risk is nearly eliminated and the person offering the other side of your trade really does want to make a deal.