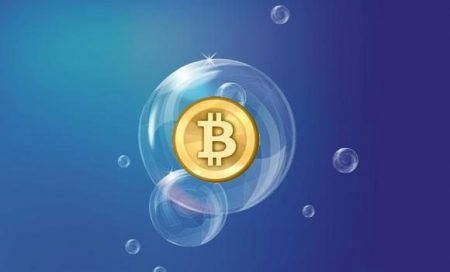 The past two weeks have been extremely volatile for cryptocurrency valuations. A series of negative moves by state regulators, notably in China, have combined with critical statements by financial experts to throw the crypto world into a frenzy. Bitcoin has seen price fluctuations by as much as thirty percent in one day, as have most altcoins. The most significant concern during this period of uncertainty has been whether or not Bitcoin is experiencing a price bubble, and if so, when it will pop. A number of respected figures in the financial world firmly believe such a bubble exists, and that price collapse is inevitable. Many crypto advocates, on the other hand, disagree. A closer look at the history and functionality of blockchain technology indicates that the truth is likely a bit more complicated.

A few days ago Jamie Dimon, CEO of JPMorgan Chase, declared Bitcoin a “fraud”, akin to the notorious Tulip Bulb Mania of the 1630s. Dimon went so far as to threaten to fire any employee found to be trading Bitcoin. His bank also issued a statement on cryptocurrency in general, written by analyst Marko Kolanovic, which compared cryptos to pyramid schemes. Kolanovic stated that, based on historical trends, the future of cryptocurrencies “will not be bright”.

Others have agreed with Dimon. CNBC financial analyst Ron Insana has warned Bitcoin investors to “get out before the bust,” claiming that Bitcoin is certain to see a price collapse. Insana asserts that Bitcoin fails to meet the criteria of a currency, and is experiencing a speculative boom similar to many other transformative phenomena of years past. In his article Insana notes that even Sir Isaac Newton lost a fortune investing in an over-hyped South American trading venture, later known as the South Sea Bubble. Insana’s lesson: if one of the most intelligent humans ever to live can fall for such a scheme, so can you.

Needless to say, many crypto advocates disagree with these negative assessments. Although they concede that price fluctuations are likely, and Bitcoin value may fall dramatically (as has happened in the past), the network has become too vast, and participation too widespread, for Bitcoin to disappear. Advocates also point to the multitude of mainstream financial institutions that are exploring Bitcoin and building crypto-based investment products.

A critical examination of the current state of the crypto space reveals that there is truth to both of these positions. Dimon and his supporters are correct in noting that Bitcoin has all the classic signs of a speculative bubble. It has experienced dramatic price drops more than once, and even Bitcoin’s most fanatical supporters must recognize that at some point the rapid growth in value must come to an end. When this happens the price will almost certainly decline, perhaps significantly.

The critics fall short, however, in their inability to distinguish Bitcoin from other cryptocurrencies. More importantly, they fail to appreciate or understand the transformative potential of blockchains. It is here where crypto advocates make the winning argument. Simply put, not all cryptos are the same. Many are technically superior to Bitcoin as simple, digital currencies. Others, such as Ethereum, Ripple, and Neo, are not actual cryptocurrencies. They are platforms around which blockchain systems can be built.

It is certainly true that Bitcoin, specifically, may lose its position as the flagship cryptocurrency. In fact, this almost happened earlier this year. Its primary value rests in the fact that it was the first crypto introduced, and is thus the best known. It is the first crypto purchased by almost all new investors, and it remains the benchmark crypto used to purchase altcoins on most exchanges. These factors could very well change as the market matures. It is even safe to assume that they will.

Even if Bitcoin fades into the background, blockchains, and the digital assets that keep them operating are here to stay. Their utility is proven and indisputable. The only unknown factor is which platforms will achieve mainstream use. A Bitcoin competitor, such as Dash and Monero, could become the defacto crypto used for actions such as remittances and online purchases. Neo or Waves could very well overtake Ethereum as the go-to system for smart contracts and tokens.

Thus, cryptocurrencies are not, as designed, pyramid schemes. They are also not frauds. Rather, they should be compared to other revolutionary developments where several players emerged and disappeared before a select few gained widespread acceptance. The Model T. Ford was not the first automobile, Apple did not create the first personal computer, and Google was certainly not the first search engine. All became giants in their industries after others rose and fell. So will likely be the case with cryptos. After all, Isaac Newton did not lose his money because global trade was a bad idea. He lost it because he invested in the wrong company. Had he instead bought stock in the East India Company he would have been rewarded handsomely.

Those seeking to profit from the crypto revolution must certainly understand that investing in Bitcoin, or any other blockchain platform, is very risky. The industry is still in its infancy, and betting on the wrong horse will have consequences. Bitcoin may well be in a bubble, or it could be an incredible long-term investment opportunity. Not even Dimon and Insana, with all their experience, know for sure. They should, at a minimum, be willing to acknowledge this fact. However, there should be no doubt that distributed ledgers will soon be used by industries across the globe, and with or without Bitcoin, the future of cryptocurrency is very bright.