Making transactions with Bitcoin is a breeze most of the time. There are some common problems that you can run into, but we will get to that later on. For now, let’s focus on the things that you need to know to make your first Bitcoin transaction.

Each and every Bitcoin wallet out there is equipped with the tools you need to facilitate transactions. To get started, you need to know how much Bitcoin you want to send and you also need an address to send them to. You also need to have some Bitcoin that you’ve purchased, mined or earned in some other way.

Afterward, you will need to set a transaction fee. This is the fee that is used to incentivize miners to mine a block. The optimal value is constantly changing, so it’s quite useful to use an online Bitcoin fee tool to help you determine the fees for your transaction. Your wallet may also provide you with a suggested fee, but not all of them do.

Bitcoin transactions are one-way! This means that you cannot request a chargeback or make changes to the details in the transaction. Once it’s sent, it’s gone. Make it your habit to double check every transaction you want to make, before you make it. This will ensure that you have everything covered on your end and can save you a lot of trouble in the long run.

After sending the transaction, it is transferred through the node network, where it is checked, validated and placed in the collective memory of the network. At this point, your transaction will be visible in the wallets of both payer and payee as unconfirmed.

Once miners create a valid POW, a whole batch of transactions is included together with this information to create a block, which is broadcast to the entire network, node by node. Every node, after confirming the block, broadcasts it deeper into the network. The nodes usually reach the same conclusion,

When making Bitcoin transactions it is up to you as the receiving party to decide how many confirmations are necessary before the transaction is deemed valid. Most vendors opt-in for 3 confirmations, but you can go as long as you desire.

Transactions are more impervious to double-spending attacks if they are older since this requires any attacker to have a significant amount of hashing power in order to outperform the rest of the network. This is unlikely, due to the competitive nature of Bitcoin Mining.

Sometimes there are certain situations that can be perceived as problems by both the payer and payee. These are often symptoms showing slow validation of a transaction, a transaction not appearing at all. Other times, a transaction appears, gets validated and afterward disappears (only to reappear a few days later)

Let’s have a look at the most common causes of these symptoms:

How can you avoid these problems?

First of all, you need to ensure that you are always sending the transactions with a high-enough fee, in order to ensure that your transaction will get picked up in the first three blocks. Bitcoin transactions are already extremely cheap, costing only a fragment of a dollar every time. Trying to cut corners with fees will lead to a slow propagation of your transaction across the network and also it’s going to take longer for miners to pick it up and place it in a block.

The two other common situations are unfortunately unavoidable once they happen.

If the network is overloaded, it’s going to take some time for the transactions to finalize. You can speed up the process by paying a higher fee, which will ensure that miners will prioritize your transaction.

These are blocks that are completely valid, contain correct POW hashes, but due to a longer chain following a different hashing structure are dropped by the network. Although it rarely happens, this can cause transactions to be stuck in what I like to call “Bitcoin Limbo”, appearing and disappearing from the wallet over the course of a day.

Most of the time though, your transaction will already be confirmed in the longer blockchain, so it won’t be a problem at all. This is just informational so that you understand what is happening if you see a transaction going from confirmed to unconfirmed.

You can mediate this situation by agreeing to wait for a certain period of time, or by requesting another payment once the initial payment has disappeared from your wallet. This can inadvertently cause the first payment to be considered as a double-spend.

The main suggestion is to wait out for a period of time, or until the transaction reappears in your wallet. This will happen once the network picks up your transaction and places it into a block. 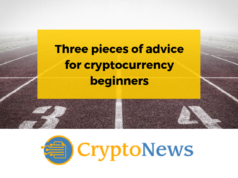 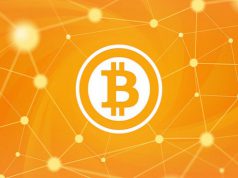 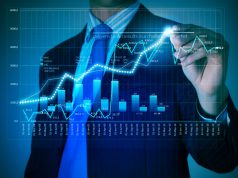 Casascius’ 1000 BTC is Now the World’s Most Valuable Coin

How the “Crypto Ban” is Influencing Blockchain Advertising Companies

Oklahoma Setting up for a Crypto Future

Hardware & Consumer Products Are The Next Big Step For Blockchain...