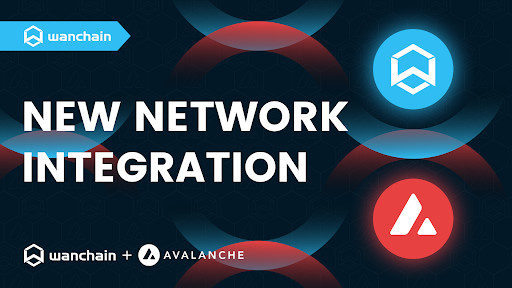 -Wanchain and Avalanche are delighted to announce an integration of Wanchain’s innovative decentralized, non-custodial crosschain infrastructure with Avalanche’s C-chain. Additionally, the two industry leaders are teaming up to further the development of truly decentralised crosschain applications to power the future of DeFi.

This collaboration marries Wanchain’s unique, decentralised, non-custodial crosschain bridges and Avalanche’s unmatched ecosystem of projects and applications. Avalanche and its ecosystem projects will use Wanchain’s crosschain blockchain infrastructure to create new value and use cases for their users by harnessing the power of crosschain technology.

“Wanchain has been working for years developing crosschain bridges while emphasizing high security standards and true decentralisation,” says Wilson Wu, Head of Asia of Avalanche. “I’m inspired by their founder Jack, who leads a smart team to dive deep into crosschain technology without distraction from the chaos of crypto market. We truly want to bring them into the Avalanche ecosystem to benefit all users.”

The next phase of this collaboration is threefold:

“Wanchain’s decentralised bridges open up exciting opportunities for developers throughout the Avalanche ecosystem to create powerful crosschain applications. As DeFi increasingly becomes crosschain, this integration expands both the Wanchain and Avalanche ecosystems to the benefit of all end users.”

The next era of blockchain will be marked by the seamless crosschain interoperability of assets, data, and commands. Avalanche and Wanchain are both poised to play central roles in this next phase of innovation. More details about this collaboration, including Avalanche X-Chain and P-Chain integration, will be shared in the coming weeks and months.

Avalanche is the fastest smart contracts platform in the blockchain industry, as measured by time-to-finality, and has the most validators securing its activity of any proof-of-stake protocol. Avalanche is blazingly fast, low cost, and green. Any smart contract-enabled application can outperform its competition by deploying on Avalanche. Don’t believe it? Try an app on Avalanche today.