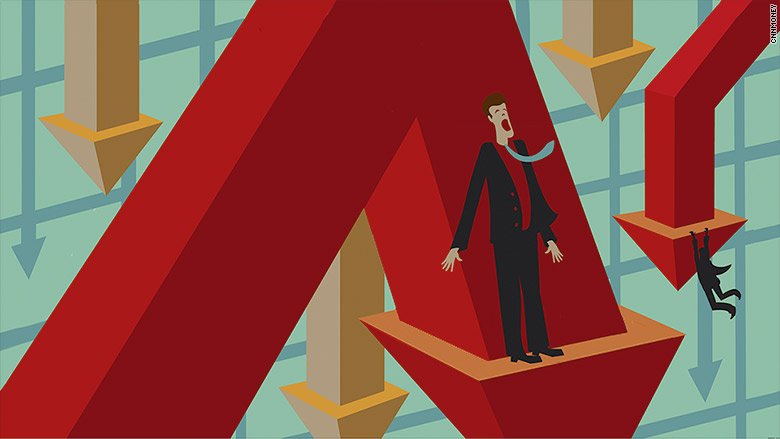 On June 15, three well known cryptocurrencies — Bitcoin, Ethereum and Ripple — fell nearly 13-17% in one day of trading, while some smaller altcoins faced even higher drops in valuation. The overall decline in market cap of these cryptocurrencies combined is estimated to be around $16 billion. This came as a surprise to many as it occurred a few days after Bitcoin had achieved an all-time high of $3,000. What powered the incredible crash on June 15? What effect will it have on the future of cryptocurrencies? Continue reading as I explore the answers to these questions.

On a pessimistic note, the crash is a revelation of cryptocurrency volatility and the high risks associated with trading. Many have taken it as a sign that these currencies are untrustworthy, and for now fiat currencies are irreplaceable. MarketWatch commented “Stay away from Bitcoin — it’s complete garbage”. These views have certainly had a negative impact on Bitcoin’s image as a future currency replacement.

How the crash has helped cryptocurrencies attain sustainable levels

Bitcoin’s price of $3,000 was considered unsustainable by many. Yes, Bitcoin couldn’t last too long at those prices, and the fall could have been much more catastrophic. The truth is that Bitcoin’s fall to $2300 indicates a movement towards sustainability, rather than a highly pleasing but highly inflated price.  Andreas Antonopoulos, a Bitcoin expert, believes that the crash was more accurately a ‘market correction’ or a currencies method to return to its actual valuation, not bloated prices. The sprouting of 100s of ICOs (Initial Coin Offerings) and an increased hype had simply increased the risk of a Bitcoin bubble, where the coin could have lost almost all its value in no time.

The chart shows how Bitcoin’s past growth has been hampered by price corrections — a positive indicator that there is scope for future growth. Every time Bitcoin has fallen, there has been a subsequent rise in its value, a trend that was followed even in last week’s crash. Cryptocurrencies have had a tendency to rebound to even higher rates soon after a fall. Bitcoin made some early gains, and the price (as of 19 June), is already up to $2,500. 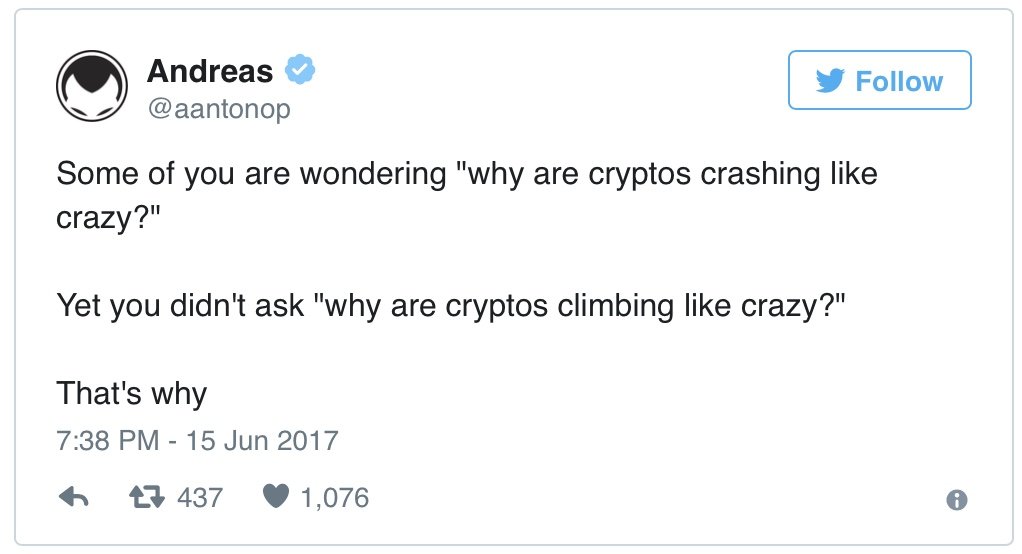 A key player in deciding Bitcoin’s future will be the United States of America. The US recently overtook Japan as the world’s largest Bitcoin market. For the most part, the political turbulence in the US has kept investors unhappy, possibly suggesting a short term decline in Bitcoin’s growth. At the same time, it must be noted that Bitcoin has overtaken Gold as a ‘Safe Haven Asset’. Chris Burniske, a blockchain analyst said the following in an interview with CNBC:

“Bitcoin shares same characteristics as Gold, [both have an] extremely limited supply and a relatively inert state. Bitcoin and gold can both be used: for example, gold is used in electronic circuits and bitcoin is used as payment.

“When you look at the global markets, there’s lots of fear, uncertainty and doubts. You’ve got people worrying about the equity markets [and] you’ve got people fleeing into bonds,” he said. “While gold has had a bit of a run in 2016, over the last five year period it’s been a terrible performing asset.”

Another example of Bitcoin becoming a safe haven currency is the example of Brexit, during which thousands of people chose to keep their savings in Bitcoin to save themselves from the Euro fall after Britain decided to quit. All this points to an expected increase in Bitcoin prices.

Coming back to the relevance of the United States, President Donald Trump recently made a statement that he is in fact Satoshi Nakamoto, the supposed creator of Bitcoin. While his claim is likely just an April Fools Day Joke, it is an indication of the President’s inclination towards popularizing cryptocurrencies.

Verdict: While this article may have dealt specifically with Bitcoin, all views expressed can be applied to almost all major cryptocurrencies. To sum it all up, the coin crash was a much-needed price correction which will simply pave the way for stronger, more stable cryptocurrencies. It may not seem like this is the case from a basic outlook, but further analysis proves that the price correction was a healthy market macro-movement. Other factors, especially that of Bitcoin becoming a safe haven asset and the United States’ inclination towards cryptocurrencies should all indicate positive growth in valuation. We will keep you updated on any developments that take place in the crypto-world, especially the upcoming Bitcoin fork on August 1st 2017. Until then, stay tuned!