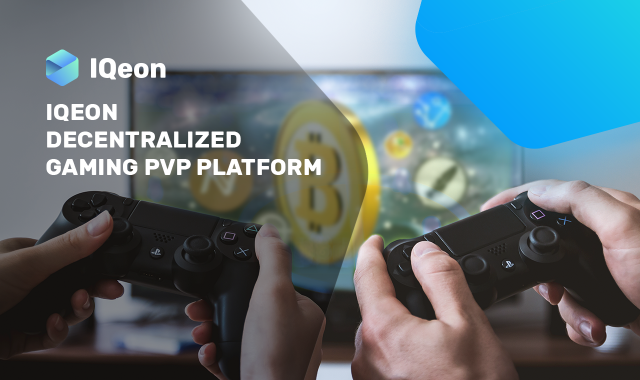 The problems of the intelligent game market can be defined by one capacious phrase: “If you are so smart, why aren’t you rich?” According to the statistics, 97% of users are deprived of the opportunity to convert their gaming achievements into fiat money. Only 3% of players have learned to monetize their gaming achievements, and 57% of them are subject to fraud, or their accounts are blocked by developers, which leads to the loss of all virtual achievements. In this regard, the launch of the decentralized PvP game platform IQeon, the pre-sale of the tokens of which starts on December 15, will certainly attract considerable interest among intelligent game fans and not only.

At present, the global market of mobile intelligent games is up to 4.9 billion USD, and their audience is constantly increasing, which attracts more and more investments in this sphere. According to the SurveyMonkey Intelligence survey in the field of mobile games and applications, intelligent games and puzzle games take the first place by the amount of time spent in the game: each active user spends an average of more than 1 hour per month. They take the third place by the number of active users and among other genres of games by the number of downloads.

The users will like the IQeon platform first of all because it will let them effectively and safely monetize their intellectual abilities. By means of it, they can organize intellectual competitions with their friends and acquaintances around the world, buy game items in the store, earn IQN tokens and convert them into real money. Plus, in addition to intelligent games, the IQeon platform allows to connect to any online games via API. Accordingly, the users will be able to compete with each other through smartcontracts, and be sure that they will necessarily receive their winnings, and the winner’s determination will be fair. But the most important is that every holder of IQN tokens, which he earned in one game, will be able to successfully use them in another one. This fact alone can attract thousands of gamers around the world, because now they will not lose earned bonuses and game points just because they decided to change the game.

How profitable are the IQN tokens for them and how to start making money off the IQeon platform? The cost of the IQN token will constantly grow as the audience of users, the number of games and third-party developers in the ecosystem increase. Equally important, when buying IQN tokens on the exchange, and using them in games, users completely preserve their anonymity. And thanks to blockchain technology, all IQN token transactions in the ecosystem are protected from theft, forgery, and other types of fraud. Plus, instant exchange for any other crypto currency (bitcoin, ethereum, etc.) will be available through proper exchanger. IQN Tokens can be sent to the Mastercard card through the user’s personal account.

As we see, the new IQeon platform will offer all the fans of intelligent games quite a number of advantages. And many will snatch this opportunity during the pre-sale of tokens, which starts on December 15 and lasts only until December 24. Especially since this is 50% more profitable than during the ICO.