The world of cryptocurrencies is diverse, to say the least. There are blockchains cropping up for all sorts of use-cases, ranging from payment platforms and digital identity systems, to ambitious offerings such as decentralized operating systems, file storage, and voting systems.

Out of all blockchain aspects, platform-based cryptocurrencies tend to be met with the most enthusiasm from the community, as they often best illustrate the potential of the blockchain technology, having their own unique set of rules, and protocols which allow other technologies to be built on top of them. Platform-based offerings form the bulk of the largest cryptocurrencies, often because of the huge support they garner during their initial development phase. Five of the current top 10 platform cryptocurrencies have been launched via an ICO, demonstrating the power of the funding method, and the demand for blockchain platforms. 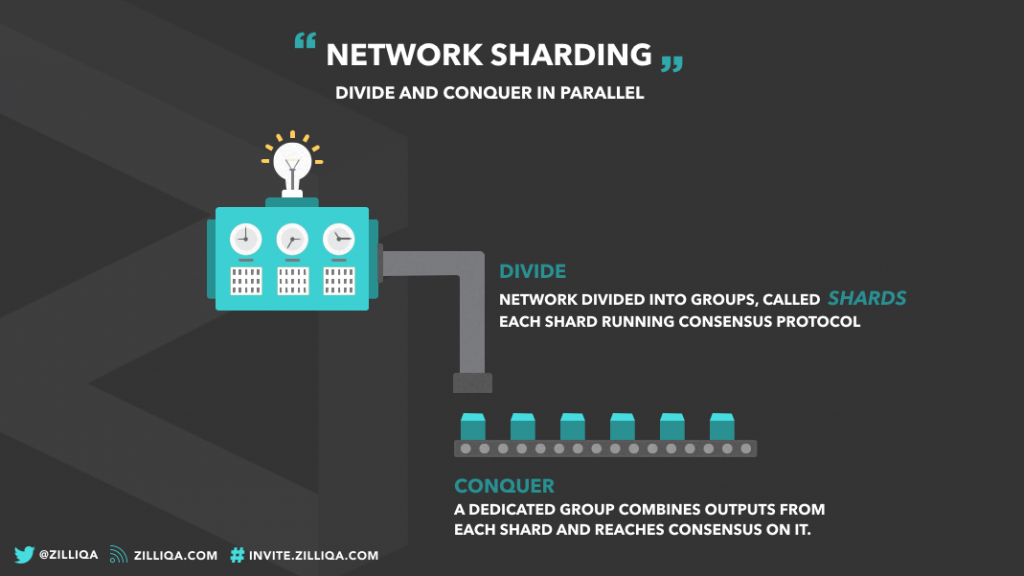 With the top marketcap ranks dominated by heavy-duty platforms such as Ethereum, Cardano, and NEO you might think that the platform segment is already cornered by these titans. While that might be true, most platforms suffer under one shared problem – scaling. The Ethereum network currently operates with a limit of around 10 transactions per second (tx/s), just a little bit above the limit for Bitcoin and Cardano which is set at 7tx/s. Because of this transaction speed bottleneck, many have expressed doubt about the ability of cryptocurrencies to compete with traditional systems such as VISA, which is capable of over 4,000 tx/s. However, this was before the advent of Zilliqa (ZIL).

Zilliqa sees itself as a platform that can securely scale in an open, permission-less environment by using an infinitely scalable protocol. Unlike other platforms which intend to scale with off-chain solutions (for example the Lightning Network on BTC and the Raiden Network on ETH), Zilliqa is designed to scale on-chain using a parallel processing solution now known as “Sharding.” By segmenting blocks into separate shards each running the Zilliqa protocol, the platform allows the throughput of the network to scale at an almost linear rate, as new nodes are added to the network.

On its first testnet, Zilliqa achieved 612 tx/s using just 2 shards. A month later, Zilliqa managed to achieve 2,488 tx/s using 6 shards. Demonstrating linear scaling of their platform.  Using this sharding approach, Zilliqa has already managed to achieve a peak of almost 2,500 tx/s on its testnet, using just 3,600 nodes and 6 shards. This on its own is a remarkable feat, being around 250 times higher than Ethereum, a blockchain currently bogged down by so-called spam transactions from decentralized applications (dApps). Not to mention that it does this without sacrificing decentralization or security. The team behind Zilliqa predict that their system will be able to compete with VISA in terms of scaling as soon as they reach 10,000 nodes.

Besides simply separating its blockchain into shards, Zilliqa also features several protocol upgrades that address shortcomings of other networks, some of these include:

Most people would agree that scaling is one of the biggest problems cryptocurrencies are battling today. A variety of different approaches have been considered, ranging from simple block size increases, to channel-based solutions, but the best possible solution is still widely debated. Zilliqa comes at a time where a transaction backlog is a common occurrence for most cryptocurrencies, as decentralized applications clog up the network, and they are growing faster than scaling changes can be made.

However, Zilliqa is not the only cryptocurrency promising VISA level throughput. The platform faces stiff competition from rivals including EOS and XRP, both of which promise over 1,000 tx/s in the near future, with the potential go beyond. Regardless of who wins this race, I think we can all agree that the future of decentralized applications, and perhaps blockchains in general, rests on the scaling question. Whether these attempts can truly match VISA is yet to be seen.

If you are looking to learn more about Zilliqa, their official website has a variety of information, documentation and sources. If you are looking to get involved and purchase some ZIL, it is listed on several exchanges, including the Binance exchange, which has been reviewed by us before.

All images courtesy of Zilliqa.