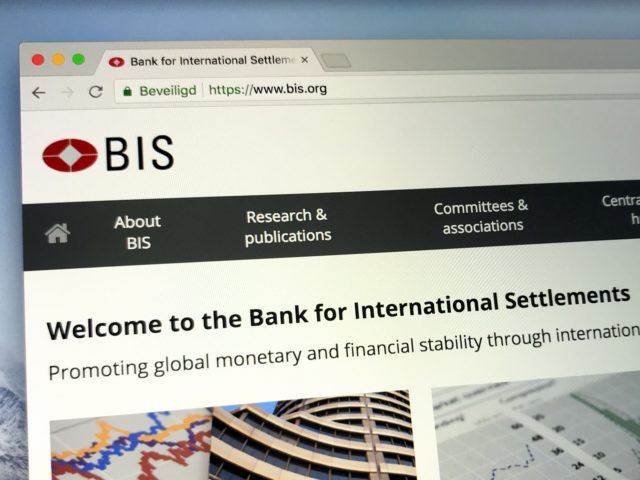 Bitcoin and other cryptocurrencies are not applicable on a national level. To process the same number of digital transactions currently handled by the national retail systems, the distributed ledger would swell beyond the capacity of servers. With millions of users exchanging hundreds of millions of files, the sheer volume would bring the internet to a halt. This is according to a new report by the Bank of International Settlements (BIS). The report delved into the many limitations that the organization cites as the reasons cryptocurrencies can’t be applied to the mainstream payments system. Inability to scale to meet the ever-rising demand and great power consumed in the mining process are among the other reasons listed in the damning report. In a narrative that has become all too familiar where cryptos are slandered but the blockchain is praised, the organization stated that the blockchain technology holds great promise and could revolutionize many industries in the near future.

Cryptos Would Bring The Internet To A Halt

The report looked at three key challenges that face the implementation of cryptos for mainstream payment processing. One of these is their unstable value which ironically stems from their most iconic quality; decentralization. Without a central authority to control the flow of money in the decentralized ecosystem, the value of cryptos changes with even the slightest fluctuations in demand.

While there have been attempts to remedy this challenge, none of them has succeeded and according to the report, it’s unlikely any of them will. One of the initiatives taken to address volatility is the creation of stable coins which are backed by fiat currencies in reserves. These haven’t gone too well with some like Dai cryptocurrency fluctuating just as much as the other cryptos and others like Tether being enshrouded in controversy with claims of manipulation and deceptive practices.

The second key challenge facing cryptos is the uncertainty about the finality of the payments made, the report noted. This arises from the fragile foundation of the trust in cryptos which, unlike traditional fiat currencies, have no trusted central authority. Payments made through cryptos can appear genuine, only to result in rollbacks. While a user can confirm whether a payment is genuine, sometimes anomalies occur such as the existence of two rival versions of the ledger. In such a situation, only one ledger can stand and those payments made on the other ledger are rolled back.

The lacks of finality in crypto payments make the process ‘probabilistic’, it went on. This is made worse by the increasing centralization of the mining process. With just a few miners controlling most of the computational power in a network, the finality and certainty of a payment decreases significantly, a quality that makes cryptos unsuitable as a payment method.

The third challenge cited by the report is their inability to scale to meet the demand. With decentralization comes the challenge of an ever-increasing ledger. According to BIS, the current Bitcoin blockchain currently stands at 170GB and it’s growing at the rate of 50GB every year. With decentralization requiring every user downloads and verifies the history of all transactions, the ledger size will prove problematic soon.

To process the number of digital transactions handled by national retail systems, the size of the ledger would swell beyond a smartphone’s capacity in days, beyond a personal computer in weeks and beyond the capacity of a dedicated server in months. Only supercomputers have the required processing capacity to verify all these transactions. According to BIS, the associated communication volumes between the millions of users would bring the internet to a halt.

The onslaught didn’t end there, with the report touching on the energy consumption of the mining process. The mining process is increasingly becoming unsustainable as more computing power is required. Currently, Bitcoin mining consumes as much energy as most mid-sized economies, with the energy requirement rising by the day. The quest for decentralized trust has become an environmental disaster, the report stated.

Despite the slandering observations, the report was optimistic about the potential of the blockchain to transform many industries. In some industries, such as cross-border payments, the value gained from the application of decentralized ledgers exceeds the high operational costs associated with maintaining multiple copies of the leger, the report observed.

Even so, the BIS was reluctant to endorse the complete decentralization of the ledger, instead advocating for permissioned blockchains which have a central authority. These can be applied to various niche settings, such as the World Food Programme’s blockchain-based Building Blocks system. According to the report, WFP conducted pilots with the Ethereum network but the results were not as impressive, with the transactions being slow and costly. It, therefore, switched to a permissioned blockchain which was centrally controlled by the organization.

BIS was also optimistic about the future of smart contracts, especially when combined with crypto payments. However, their efficacy is greatly limited by low liquidity and the inefficiencies that are associated with decentralized networks.

The report was heavily criticized by the crypto community for its inaccurate facts, with many key personalities terming it as an attempt to sabotage the industry by spreading fear, uncertainty, and doubt (FUD). One of these is Jeremy Allaire, the CEO and founder of crypto-focused financial services group, Circle. Allaire said in an interview that the report was shallow and didn’t take into consideration recent developments that are meant to address the challenges facing the industry. 98% of Bitcoin’s original code, for instance, has been rewritten since it was first launched a decade ago, a testament to the rigorous research and development in the industry. Moreover, the industry is still young and should be given time to mature, Allaire said.