2 min readBlockchain-powered voting will be used in municipal elections in Denver, Colorado 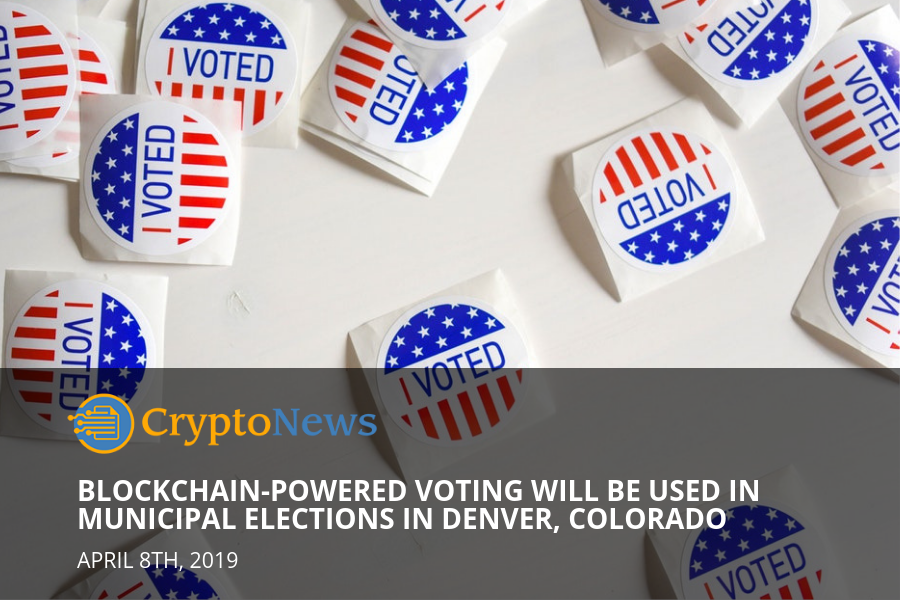 Deployed military staff and overseas citizens will be able to participate in the municipal elections in Denver with the help of a blockchain-powered mobile application in May later this year.

The pilot application is a collaboration between the City and County of Denver, Voatz, Tusk Philanthropies, and The National Cybersecurity Center. Voatz has helped West Virginia enable voting for overseas citizens in the past and Crypto-News has reported on it in the regular weekly news articles.

Voatz has conducted over 30 successful pilots using their technology, and have generated a level of trust with the institutions that now rely on them to successfully accept and record votes during the election.

Vance Brown the CEO of the National Cybersecurity Center has expressed excitement in this partnership, and has guaranteed that the Center will provide all efforts needed to protect the integrity of the election system. In addition, the CEO is glad to be participating in this project, because it advances the field of secure mobile voting.

Secure mobile voting through the use of blockchain technology touches upon a specific need for “fixing” the democracy, something that Americans decidedly believe is broken in the country.

This partnership between public and private institutions marks a step forward in the right direction, according to Bradley Tusk the founder of Tusk Philanthropies. He and the other leaders believe that eventually every citizen of the United States will be able to leverage the technology and cast their votes in a streamlined democratic process which provides transparency and auditability to the election process.

For now however, the application will only be available for military personnel and citizens outside of the country that qualify for participation in the Denver elections. Voting will be done through the application which provides a clear way to legitimize identity of individuals, as well as providing the usual blockchain benefits.

There are dangers of course, that in the future the blockchain technology company Voatz may get corrupted, but the nonpartisan and open approach of the collaboration (at least for now) provides many different parties with the same goal, to provide a safe and secure way for citizens to vote without having to cross any geographical distance.