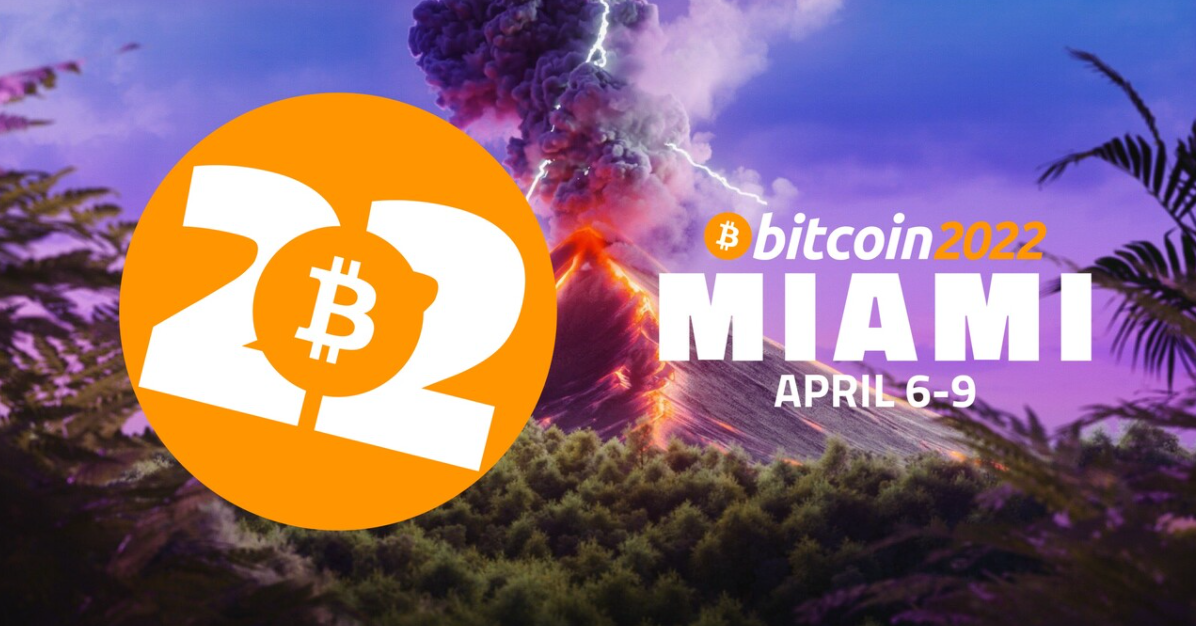 MIAMI, FL – BTC Inc, a Bitcoin Media company headquartered in Nashville, TN, announces Bitcoin 2022, the second iteration of the largest global in-person Bitcoin Conference in Miami Beach, FL April 6-9, 2022. Bitcoin 2021 saw over 12,000 attendees descend upon Miami and
organizers anticipate that number to grow to over 40,000 in-person attendees in 2022. The four-day event will feature an industry day, two general conference days and culminate in the Sound Money Fest music festival. Founders, C-suite executives, Bitcoin experts and newcomers to Bitcoin will all unite in Miami around panels, discussions, networking events, live performances, entertainment, giveaways and more. Tickets to the Festival are included with General Admission passes to Bitcoin 2022, but can also be purchased individually through BTC
Media here: https://b.tc/conference/passes

Bitcoin 2022 Industry Day on April 6th will be where the Bitcoin ecosystem converges with legacy finance, fintech and energy infrastructure, including content tracks and targeted networking tracks for institutional finance, institutional bitcoin mining and Bitcoin technical
development. Industry Day will host more than 6,000 global industry leaders, 80 speakers, 4,000 companies, and a pitch day serving as a platform for the next generation of Bitcoin startups.

Two general conference days on April 7th and 8th will feature speakers such as the President of El Salvador Nayib Bukele, Michael Saylor, Andrew Yang, Dr. Jo Jorgenson, Jack Mallers and more.
Sound Money Fest (SMF), April 9th, will be a celebration of Bitcoin adoption and hyperbitcoinization bringing together the international community through music and revelry. As Bitcoin is for everyone, so too is Sound Money Fest and it is not exclusive to the Bitcoin
community. Bitcoiners across the world do not fit into a single mold and neither do their musical tastes. As such, SMF will feature over 17 diverse performances across genres such as pop, hip-hop, k-pop and alternative music.
Official Sound Money Festival Commercial: https://www.dropbox.com/s/bm99buennmb12ed/SMF_2022Launch-widescreen-DELIVERY_v3.mp4?dl=0

Tickets for Sound Money Fest are available now with festival only passes starting at $99.00 USD. General Admission passes to Bitcoin 2022 are available and start at $499.00 USD for the entire conference and festival.

“At Bitcoin 2021, we booed, we cheered, we laughed and we cried,” said BTC Media CEO and event organizer David Bailey. “The conference ran the emotional gamut, and our 2022 pilgrimage will do the same. This conference is going to capture the world’s attention. Let’s show them what freedom, sovereignty and prosperity really mean. Get your tickets today, and we’ll see you in Miami.”

About BTC Media: BTC Media is a Bitcoin media company that works globally from the heart of Nashville, Tennessee, America’s Music City. Here, from their front-row seat in the fast-growing fintech industry, they gather and distribute the information, education, and research that are building the financial systems of the future. Their clients include everyone from tech startups to Fortune 500 financial titans. Like them, they are driven by a vision of money moving faster, cheaper and more conveniently around the globe; of individuals everywhere empowered by financial freedom and security.

BTC Media keeps the world informed through products and services that include Bitcoin Magazine, yBitcoin and The Distributed Ledger, the planet’s most widely read digital currency publications, along with multi-media educational information and services about financial
technology. More information on BTC Media can be found here: https://b.tc/