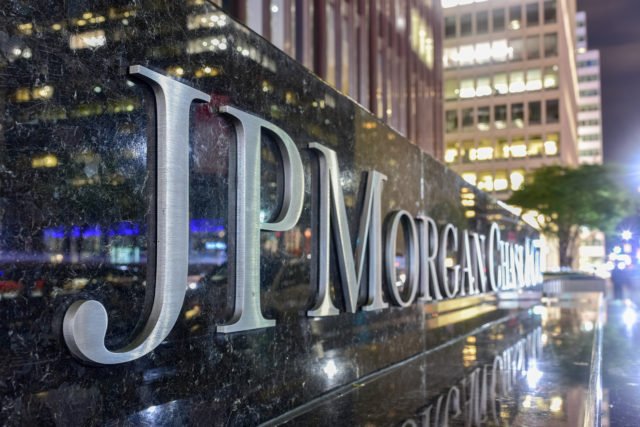 One of the main selling points of cryptocurrencies is the fact that they offer a superior degree of privacy when compared to traditional fiat currencies. As such, Bitcoin, Ethereum and the like are all semi-anonymous, meaning that users do not have to share any personal data. Regardless, the blockchain network publicly stores information on all past transactions, alongside current address balance.

Because of this, analysis of blockchain activity can detect patterns, and trace funds back to their owners. This isn’t often the case, but it remains a factor worth keeping in mind if you are extremely conscious about your privacy. Recent reports indicate that JPMorgan Chase is actively working on a solution that would enhance the overall privacy of Ethereum transactions. According to its blockchain team, the privacy feature is capable of hiding the amount of coins being sent out, alongside who the sender is.

The tool works as an extension to Zether, which is a decentralized payment mechanism that aims to increase overall privacy for Ethereum and other smart contract-compatible blockchains. Zether was developed as a joint effort between the Visa Research department, and the Stanford University. It achieves extra privacy by leveraging zero-knowledge proof to verify transactions.

According to JPMorgan, their solution will be released as an open-source tool that can be trialled directly on Quorum, JPM’s permissioned blockchain running on Ethereum. As part of the announcement, the chief of Quorum, Oli Harris, stated: “In the basic Zether, the account balances and the transfer accounts are concealed but the participants’ identities are not. So we have solved that. In our implementation, we provide a proof protocol for the anonymous extension in which the sender may hide herself and the transactions recipients in a larger group of parties. (…) The performance is quite good; we had done multiple iterations to improve it and we are doing the verification in solidity smart contracts. We’ll be including in our report the performance measurements for proving and verification.”

It is important to keep in mind that there is a key difference between the payment architecture employed by the Zether protocol and Bitcoin, for instance. As such, it relies on an account-based approach, rather than the unspent transaction output utilized by the bitcoin blockchain. This means that the tool isn’t targeted to the masses, but rather it will help enhance privacy for transactions carried out within enterprises on smart contract-enabled blockchains.

It is not yet known whether JPMorgan plans to release the tool to the public in the future. Regardless, there are several other work-around strategies meant to improve privacy for big-name cryptocurrencies. Additionally, the market already has privacy-focused altcoins, such as Zcash, which promise complete anonymity for all transactions being carried out.

Based on everything that has been outlined so far, this recent event showcases that banks throughout the world are well-aware of the potential offered by blockchain technology and cryptocurrencies. After all, JPMorgan’s blockchain development team is also working on its very own stable crypto, the JPM Coin.