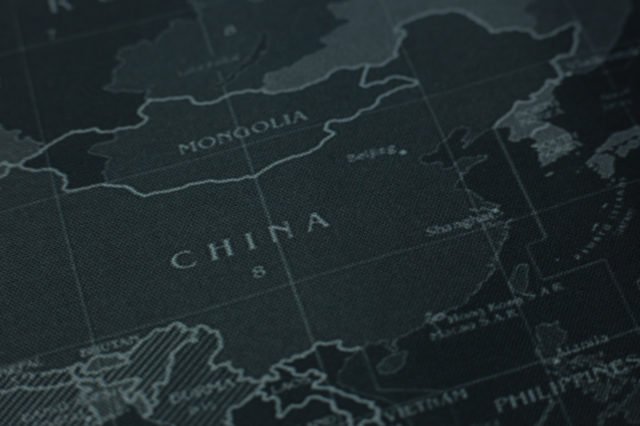 China is most likely one of the countries with the lowest tolerance towards the digital currency community. Despite this aspect, holding Bitcoin alongside other cryptos isn’t illegal, nor is purchasing or selling coins as long as it’s done without the involvement of an exchange. Additionally, China is actively encouraging blockchain technology innovation but has issued legislation stating that blockchain can only be used for ‘real’ economy purposes, rather than crypto. Now that we know what is legal, it’s time to talk about what isn’t.

A couple of months ago, China has decided to ban exchange services between digital currencies and fiat currencies. The ban also affects the purchase and sales of tokens and coins via central counterparty services alongside intermediary services.

In other words, following the ban, all local crypto exchanges had to close their gates or relocate to nearby countries offering more lenient legislation. Research shows that roughly 173 exchanges and trading platforms closed down. Trading continued for a short period of time, yet in an effort to not anger Chinese authorities, exchange platforms decided to no longer provide fiat-to-crypto exchange services. This has led to the appearance of value-tied tokens such as USDT that are equivalent in value to the U.S. Dollar – hence allowing an indirect method of purchasing cryptos with fiat currencies.

When it comes down to overseas exchanges, China has decided to block access to several international exchange websites. The reasoning here is that no Chinese citizen can use the internet to access information that is forbidden under Chinese regulations. As such, access to 100 international exchanges serving the Chinese market has been blocked, thus forcing those who still wish to access these services, to use Virtual Private Networks. Reports also indicate that crypto-related accounts opened on social media platforms such as WeChat, are also being shut down.

The Initial Coin Offerings market in China has been shut down following the ‘Notice on the Prevention of Risks of Token Offering and Financing’ document. With this in mind, the respective notice completely banned ICOs in China, while also ordering those who have completed ICOs to return all raised funds to investors. Approximately 85 on-going ICOs has to close down once the ban became effective.

When bitcoin first became popular, China was well-known for holding the majority of the mining power and trading volume. Numerous media outlets reported on the massive bitcoin mining farms that operated in the Asian country. Things have changed since. Reports indicate that China’s financial regulator has urged bitcoin miners to limit their operations, and thus gradually reduce production of crypto assets. Several other laws have apparently been implemented, meant to enforce this order. As such, the cryptocurrency mining market in China has rapidly died down, as mining businesses chose to move overseas or completely stop their activity.

Reasoning for the bans

Understanding the reasoning behind this ban is essential to grasping the crypto ban trend. Some believe that the ban is a direct result of China’s massive economic development, which led to a destabilization of the financial market. With this being said, the argument states that the bans are simple results of the government’s attempts to keep the financial market under control. Back when the ban was imposed on cryptocurrency exchanges, investors would use crypto to transfer capital out of the country, which again, wasn’t accepted by the central bank and the Chinese government.

According to the Chinese government, this attitude towards the digital currency market is a product of several factors. These include the risks associated with cryptocurrencies, such as money laundering, fraud, tax evasion, scams and criminal financing.

However, it is important to keep in mind that the Chinese government is well-known for focusing on domestic stability. Therefore, controlling economic growth and sustainability is key to ensuring internal stability. Since cryptocurrencies can hardly be controlled by centralized power, a better alternative would be a ban, since it would minimize the economic impact of the market. Despite this, there are also countries which think that integration of the crypto market within their economies is a smarter approach. Regardless, the digital currency trend is still beginning, thus in the future, we will know which approach was better.

China is an interesting case study, granted the massive influence they played on digital currencies before these bans took place. Additionally, the next couple of years will show whether blockchain technology can exist separately from digital currencies, granted that China is supportive of blockchain development, yet dismissive of cryptocurrencies.

Disclaimer: If you are looking to conduct digital currency-related activities in China, it is best to thoroughly check the updated applicable laws. Do not take the information presented in this article as advice.