Home Ethereum Is Metalpay (MTL) the OmiseGo for America?
SHARE

Many of our readers have heard about the OmiseGo platform, a cryptocurrency banking and peer-to-peer payment platform that will be primarily used in Asia. Recently, OmiseGo has gained a lot of attention and momentum due to its partnership with McDonalds in Thailand, having Vitalik Buterin as an advisor, being potentially the first platform to use plasma (a game changer in blockchain tech), and potentially partnering with Golem (GNT) in the upcoming weeks. Given OmiseGo is posturing itself to be the go-to cryptocurrency payment platform in Asia, what will fit that niche for the Americas? Enter Metal Pay (MTL).

Metal Pay is also banking and payment platform that integrates cryptocurrencies. It is more than just a credit card like some of its existing competitors, Metal Pay offers a secure crypto wallet, supporting Bitcoin, Litecoin, Ethereum & ERC20/23 tokens. MTL (Metal) is an ERC20 token smart contract on the Ethereum Blockchain and is used for Proof-of-processed payment rewards (PoPP). PoPP is a consensus algorithm that basically distributes MTL when purchases/payments are made on the platform. According to the answers from the team on their slack, Metal Pay has the following features:

The 5% reward is a tactic the Metal team is using to add virality to the platform. Hearing about this beckons the question, “what if my friend and I send money back and forth?” To answer this, the Metal team stated that there will be built in algorithms to detect this type of behavior and disable PoPP for those accounts. Also, there will be a cap for the amount of MTL that can be earned every month. In addition, there is a hard cap on MTL tokens. At some point, all of the MTL will be distributed, however, the platform is expected to have gained popularity by then. A few of the MTL distribution details are provided below:

A few more pros about the platform are, that the platform will be FDIC insured and offer users banking access with the works (checking, routing number, wiring, peer-to-peer payments, etc.)

The team behind Metal is nothing to scoff at with experience in Visa, American Express, other popular blockchains, UX (Apple), and Saatch&Saatchi for marketing. Metal Pay is currently in a closed alpha with a v1.0 expected be released by the end of the year.

Its competition in the cryptospace are TenX, Monaco, and TokenCard. However, those project lack a full up banking platform.

To add some balance, current cons are the lack of publicly available products. While the team is accessible on their slack channel, there is no proof that their product will work as advertised and that it will be able to penetrate the market. At this point in time, Metal Pay is a risky investment.

As a cryptocurrency investor, Metal Pay has significant potential and is largely under the radar. This is not investing advice, but the author’s opinion. Want to learn more? Check out their whitepaper here. What do you think about Metal Pay, let us know your opinion in the comments below.

Agreement between Miners and Companies on Bitcoin scaling

Bitcoin Price Gets Support as Spreads at Bitcoin Exchanges Remain 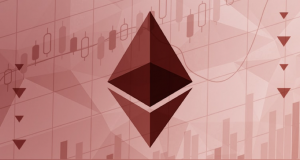 Trevor Smith -
0
The continuing decline in market caps has created stress for crypto investors and advocates, but it is also creating a unique and challenging environment...