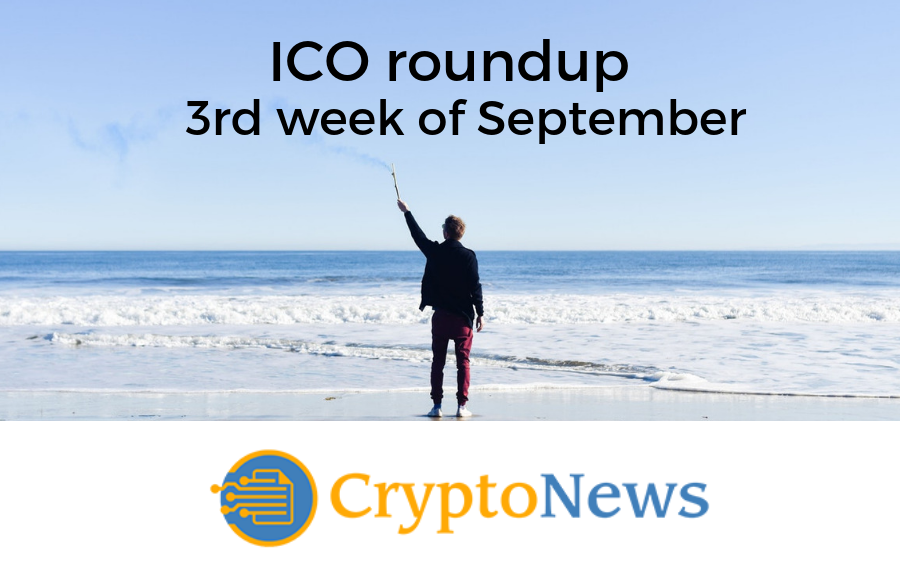 We are coming back with the third installment of this September ICO success tracking series. It’s been a fun time, and with only one week left, soon we will need to make a decision regarding the continuation of the ICO series.

If you haven’t read the first or the second article for each respective week of September, then make sure to catch up on this month’s success stories.

The data found in this article is gathered from ICObench, and every website is verified to have their investment options closed. We’ve noticed a trend of projects not updating their ICO tracking information when they decide to make changes to their fundraiser, and we don’t want people investing in projects that don’t update their tracker information.

What a strong signal not to invest!

Let’s get into it with this week’s winners! Top to bottom, weakest winners in terms of raised capital, finishing with the project that raised the most. Total raised capital this week: $19.189.096

Making Food Affordable & Accessible to All

This project strives to transform the food production, placement, and distribution industry and eliminate the various brokers that impact the US trade channels and contribute to higher prices for the end consumers. Beyond the price benefits, it also strives to increase market capabilities and improve the standard for farmers, truckers, and retailers, by enabling them to enter a smart contract that will ensure on-time payment on delivery.
HarvestHub strives to eliminate all of the risks associated with the trade for all parties involved, and you can learn more about them through their website. An additional source of information is the video that they created in April when they initially wanted to start the ICO but decided against it as the market was bearish.

The ability for wallet funds recovery has been talked about for a long time in crypto standards. Until now, we’ve never really seen an implementation of the timeout feature (also present in Bitcoin) to solve a relevant problem. The simple question that Infinitus asked their investors was “As a cryptocurrency user, what would happen if you lost your phone, your laptop died, and the backups are nowhere to be found?” which is easily answered with “Chaos.”

Instead of that, Infinitus enables the secure storage of private data, such as passwords, private keys, mnemonic phrases, or anything else that you want to make secure. The data is stored on the decentralized IPFS network (also used by Canadian research institutes) and released back to a predefined email address, once a minimum of 90 days have passed in inactivity.

This week has been tough on the ICO markets, but these two are pretty strong winners, both of them. eHarvestHub wanted to raise $15 million, but still crushed their soft cap of $2 mil.

Infinitus also did really well in their investments. It’s unclear how much they wanted to raise (there is some indication towards $7.2 mil), but it seems they overperformed with the $11 million they raised. Maybe there was no hard cap, or the markets bullish tendencies enabled their capital to be worth more.

We wish both these projects great success in the upcoming years of their operations, and a lot of benefits for their stakeholders.

Now if you are enjoying this series, we encourage that you give us some signal that you are, such as engaging with the article via comment, share, or like on the official social media accounts of Crypto-News.Net.

We want to produce content that is relevant to your informational needs, and this is the easiest way for you to help us deliver on our intention.

Until next week, with September’s finale, we bid you farewell.