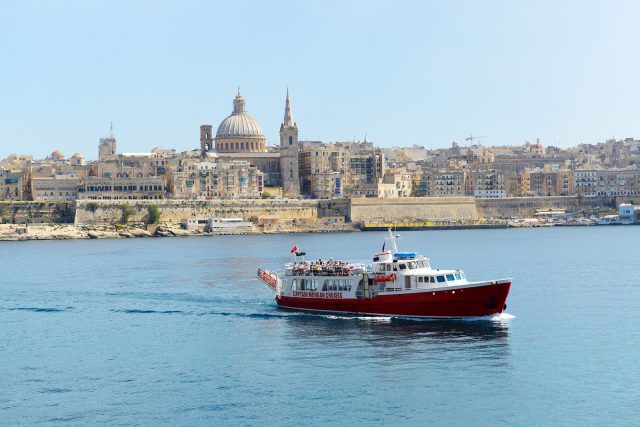 The news that OKex was opening a Malta based office which it plans to use as a foundation for future growth came as no surprise to many. Malta has become the go-to place for global crypto and blockchain giants and OKex is just the latest one. The Chinese crypto exchange giant with a daily transactional volume of over $1 billion said in its statement that Malta’s forward-thinking nature and recognition of the importance of continued development in the blockchain ecosystem was among the key factors that attracted it to the island nation.

Malta’s blockchain community is growing by the day, thanks to its conducive regulations that welcome major global players to set up shop there. Led by its futuristic Prime Minister Joseph Muscat, Malta has made its intention clear to attract the biggest names in the blockchain and cryptocurrency industry.

The first step the Maltese government took is the formulation of a proper and clearly outlined regulatory framework that aims to bring stability into the often wild crypto industry. While this task is not yet complete, the government has taken some crucial first steps that have given many companies faith in the country. In February, the government kicked off a three week period of public consultation that sought to gather the public’s views on the crypto industry. Among the bills that were made open to public debate was the VC (virtual currency) bill which seeks to establish a clear legal framework for ICOs in the country.

The MDIA bill is yet another bill which the Maltese government opened up to public participation. The bill aims to establish the Malta Digital Innovation Authority (MDIA), a regulatory body whose role will be to oversee the crypto industry in the country. It will be in charge of establishing new laws, providing licenses, undertaking research in the field and more. It will also supervise ICOs and will request for such information as the use of the funds collected in the ICO, the identity and prior experience of the founders, the allocation of their tokens and other crucial information. The MDIA will also foster the adoption of blockchain technology by other industries in the country such as the insurance and healthcare sectors.

The Maltese government is not stopping there as according to Muscat, it’s in talks with some of the biggest players in the blockchain industry. In a speech he gave while welcoming Binance to Malta, Muscat said that the Maltese regulatory framework for the cryptocurrency industry will be the best in the world. He also made it clear that Malta is not attracting these companies because it gives them the freedom to do as they please but because it has a clearly defined regulatory framework.

“They are not saying that they are coming to Malta because they can do what they want, they are saying they are coming because Malta is ready to regulate us, and we are bringing the consumer the peace of mind that there are people regulating this system.”

The blockchain and crypto industry will help Malta grow its economy which has turned to tech companies for a competitive edge in Europe and to compensate for the lack of natural resources in the country. Malta’s economy is highly reliant on the service industry with the gambling industry alone accounting for over 12% of the economy.

OKex may have grabbed the headlines for moving to Malta but it’s not the only global crypto giant that has opened offices in Malta. Less than two months ago, Binance announced via its Medium page that it had decided to set up operations in Malta after considering several other locations. It described Malta’s legislation as pro-blockchain and praised the stability that its regulatory framework offers financial technology companies. The largest crypto exchange by traded value, Binance has seen a tumultuous time since China clamped down on crypto exchanges and forced it to move its servers to South Korea, Japan and Hong Kong. It however ran into problems with the Japanese government and its failure to obtain a license to operate from the Financial Services Agency led it to start considering other locations to set up its operations.

A few days after the Binance announcement, Justin Sun, the founder of decentralized content platform TRON announced via Twitter that TRON intends to follow Binance to Malta. Sun praised and pledged strong support to the foresight and great leadership by Muscat and said that TRON is considering investing and operating in Malta to follow in the steps of Binance, one of its strategic investors. Monaco Card, through its CEO Kris Marszalek also expressed its interest in opening offices in Malta emboldened by Binance’s move. Kris also expressed his support for Muscat’s vision to make Mata a blockchain island and revealed that Monaco Card was looking to making an investment in Malta as well. Monaco Card is a crypto wallet platform with a Visa card and mobile wallet app that allows you to buy, exchange and spend cryptocurrencies.

The Maltese government clearly means business where cryptos are concerned and with the leadership of Muscat, Malta is on its path to becoming the ultimate global blockchain hub.