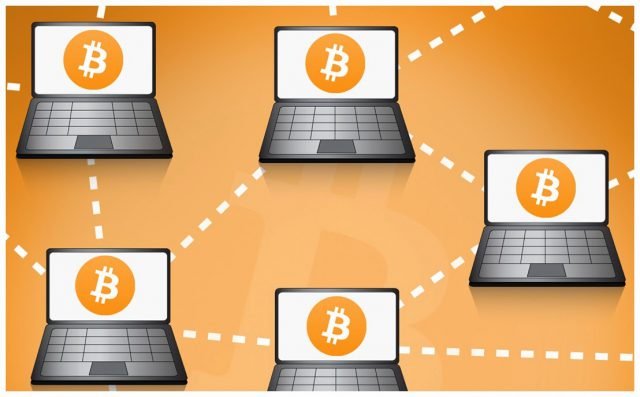 Mining adds transaction records to the public ledger of Bitcoin that contains previous transactions. This process used to be performed by individual desktop computers that run BTC nodes as miners competed to address algorithmic issues while verifying transactions on the crypto currency’s Blockchain. The PC that resolves the problem first is rewarded with Bitcoins. This was the method by which new coins were introduced into the network. The term given was Bitcoin mining.

“Satoshi Nakamoto”, alleged creator of Bitcoin, started this concept of millions of PCs mining BTC independently worldwide and later evolved into the creation of large mining farms. As a rule, this farm consists of numerous processors or mining pools which are connected to each other. It competes as one unit in transaction processing on the Bitcoin chain. This essentially makes mining hard for independent miners to become profitable.

This year, this will remain as a difficult venture. Companies or individuals who decide to put in money must realize ROI comes between nine and 11 months even for the most efficient miners. Yet, this actually varies depending on energy and cooling expenses. Countries with cooler weather and more affordable electricity have bigger advantage with respect to mining profitability. Computation of ROI also relies on difficulty of network which is actually increasing as time progresses.

When it comes to equipment, it seems more practical to install the GPU mining rig because miners and users are provided with more choices. With Bitcoin Application-Specific Integrated Circuits (ASICs), the only option is to mine SHA256 crypto currencies although a few others are in Proof of Work stage. Individual mining can prove to be convoluted for those new to the Bitcoin platform.

According to Blockchain researcher Sean Brizendine, the profitability of this virtual currency cannot be predicted because of its parameters. BTC mining may not be a rewarding investment but he suggests that holders of many coins can have one miner to maintain the network. It does not matter if profit can be very small.

This research expert said he will purchase and operate one Bitcoin miner to advocate for decentralization. It will also make the Bitcoin network stronger. Investors can keep the coins in hardware wallets such as Keep Key or TREZOR. The latter is not only a bulletproof wallet but security device for accounts, passwords and emails as well. Keep Key is a simple hardware wallet capable of securing Bitcoin and Ethereum along with other similar currencies from hackers.

Aaron Foster, chief executive officer and co-founder of The Bit Point, believes Bitcoin mining profitability will always be dependent on the virtual currency’s market price. With the scaling situation, returns may turn out negative if this concern is not addressed immediately. Worse, the hard fork that has two chains can lead to mining of BTC or BTU.

Likewise, Mr. Foster observed hardware lifespan should be considered. It is important to know how long before the mining device becomes outdated. Small investors can profit from BTC through the buy and hold scheme unless they hire inexpensive ant miners or electricity is very cheap.

Another point of view comes from Fred Gondzar, President and chief executive officer of Healthy Wealth LLC. The best strategy is to join mining clubs since you can get rewards from Bitcoin mining. As a participant, he earns dividend every day. This is large-scale mining which makes earnings more lucrative. Thus, he is in favor of this approach.

The Bitcoin mining venture started with only a small number of miners who were like supporters of small cottage industries. Later on, it slowly progressed into a focused commercial and industrial venture. Money was very easy at that time until issues made the phenomenon quite intricate.

At present, only individuals or companies that own special and sophisticated equipment can profit significantly from extracting Bitcoin. This does not mean mining is not a prospect for all people. The logic is miners with under-powered apparatus will discover more money is spent on hardware and electricity instead of profits. In short, crypto currency mining cannot be gainful unless electric power is free or very, very cheap.

Conversion or exchange rates from the USD to BTC must also be taken into account. This also impacts profitability of said currency. Unless one is mining to collect coins, then there is nothing to worry about. The thing is you may want to convert BTC to major currencies; the profitability aspect becomes a problem.

What is the present scenario?

Ordinary home-based miners will continue to struggle if they want to earn more or at least, recover their costs for electricity and hardware. The good news is this condition may get better if innovation in ASIC mining attains the so-called “Point of Diminishing Returns”. If combined with cost-effective and sustainable power solutions, mining can become lucrative for small players once more globally. Likewise, this will contribute meaningfully to the goal of decentralizing the Bitcoin platform and reduce regulatory constraints, bureaucracy restrictions as well as legal risks.

It is very clear that Bitcoin mining in 2017 can be complicated but it always depends on multiple factors. Of course, it is not easy but individual miners can still obtain benefits from the ecosystem. Strategic planning and favorable environment are among the factors that can help them flourish in this enterprise. All in all, these should not detract investors and miners to continue mining this year and beyond.