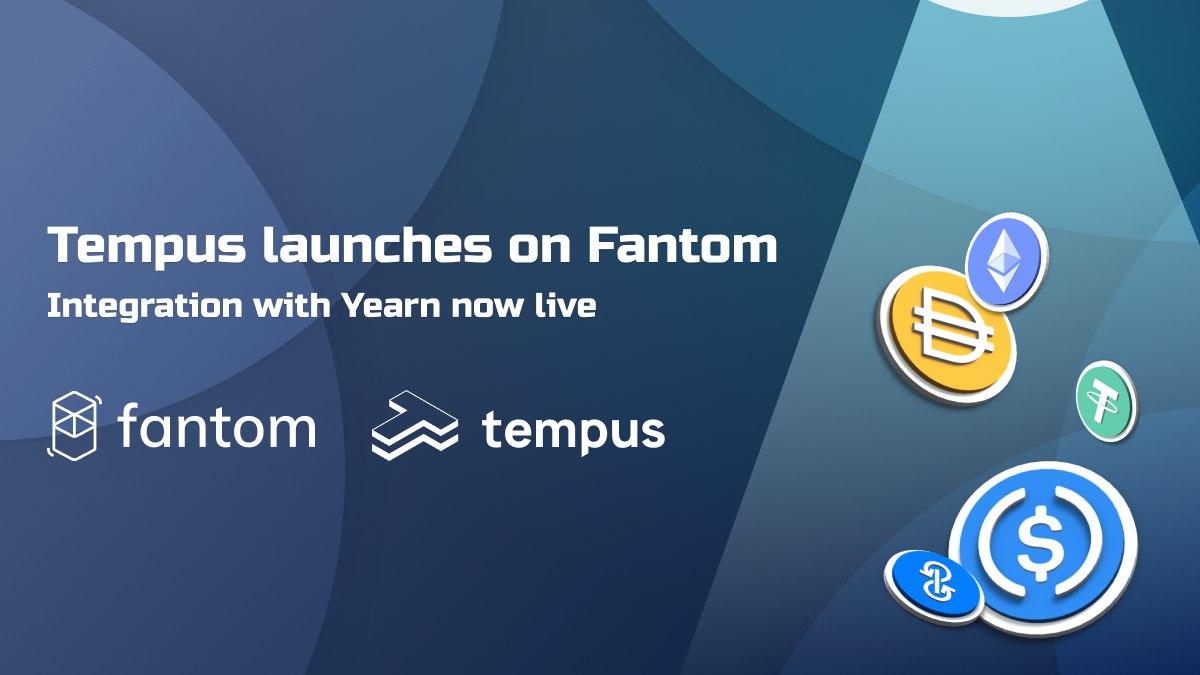 Hong Kong February 21st, 2022 — The Tempus protocol, a multi-chain fixed income protocol integrating with some of the leading yield aggregation platforms, is launching a new deployment on Fantom, where its first integration will be with Yearn Finance. As a result, Tempus users on Fantom will be able to lock in over 10% APY yield on their stablecoins, an especially high number considering the current market environment.

Users will be able to get high fixed yields backed by USDC, DAI, USDT, WETH and YFI Vaults on Yearn Finance. Thanks to Tempus’ yield and capital token system, users will be able to lock in current rates and not worry about them dropping over time. In addition, Fantom’s low fee environment means that less-capitalized farmers won’t need to wait for months to break even on gas fees.

Stablecoin yield is generally a “secondary product” of bull markets, as demand for leverage and thus USD borrowing spikes. Due to the bearish market environment in early 2022, yields have compressed and previously easy to find 20%+ APY opportunities have dwindled. Lending protocols like Compound are seeing yields into the low single digits — not much different than those at a regular bank or ETF.

There are few farms with high yields in the market today, one of which is Terra’s Anchor protocol with approximately 19% APY on UST. The Tempus pools are thus among the most lucrative on a nominal basis with their 10%+ APY, and may be overall the best choice on a risk-adjusted basis. UST often suffered from de-pegs during heavy selling periods, such as in May 2021 and recently in late January. The high yields may thus be a reflection of a perceived higher risk of collapse. By contrast, Tempus sources yield from a diversified set of protocols who themselves use diversified yield opportunities. Specifically on Fantom, momentum remains strong in DeFi and allows for higher yields than on blockchains like Ethereum.

“It’s an exciting time for Tempus. As a result of the market crash, borrowing appetite, and yields in general have dropped significantly. However, the Fantom ecosystem is as buoyant as ever which allows Tempus to set up pools that offer up to 10% fixed rate APY on stablecoins,” said David Garai, co-founder of Tempus.

Tempus is a multi-chain fixed income protocol. Tempus integrates with lending protocols, staking protocols, and yield aggregators, and lets users fix or speculate on the yield generated by them.